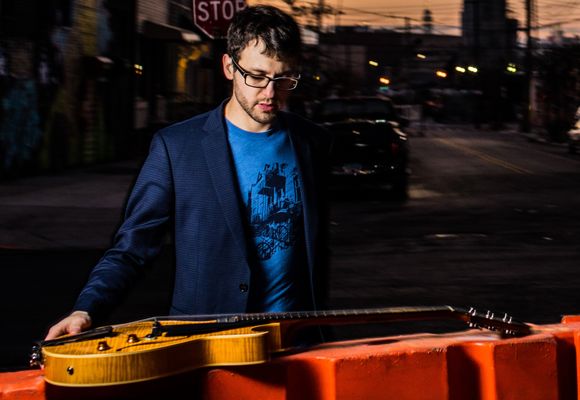 Winner of both first prize and the Public's Choice Award at the 2014 Montreux Jazz Festival International Guitar Competition, Alex Goodman has been hailed as "a definite musical voice" (Guitar International), “a jazz phenomenon the world over” (Birmingham Times), and “among the best in jazz today” (Improvijazzation).In 2013, Alex's CD Bridges was nominated for a JUNO, Canada's highest musical honor as Contemporary Jazz Album of the Year.  Alex was awarded a 2013 ASCAP Herb Alpert Jazz Composer Award, has written a book of solo guitar etudes and has composed extensively for jazz groups, chamber groups, orchestras, big bands, and string quartets. Since moving to New York in 2012, Goodman has been featured on recordings with artists such as John Patitucci, Dick Oatts and Rich Perry.Alex has performed at top New York City jazz clubs such as Smalls, Mezzrow, Jazz Standard, 55 Bar, Blue Note, Lincoln Center, Smoke, and National Sawdust as well as at prestigious international venues such as the Kennedy Center in Washington D.C., Massey Hall in Toronto, Club Unterfahrt in Munich and the Montreux Jazz Club. Alex has also played across the world in countries including Bulgaria, India, Switzerland, Germany, Holland and Belgium. He is a graduate of the Master's program in Jazz Performance at the Manhattan School of Music.