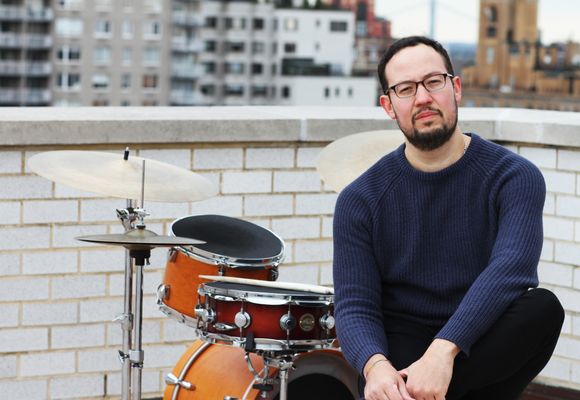 Willy Rodriguez was born in Ponce, Puerto Rico and began playing drums at age thirteen. He received his musical start playing throughout Puerto Rico in rock and pop bands. When Willy was twenty-one he started working as the Musical Director and drummer for Latin American Idol’s touring group. Following his experience at Idol, he was awarded a scholarship to attend Berklee College of Music in 2007. His reputation as a skilled musician spread quickly in the Boston area and he began playing extensively with musicians such as Jason Palmer and Andre Heyward. At Berklee, Willy studied with a host of famed teachers such as Terri-Lyne Carrington, Yoron Israel, Ralph Peterson and Greg Osby. He was awarded the Evans/Daddario scholarship during his time at Berklee.

Willy’s reputation grew due to his association with Wally’s Jazz Cafe, the famed jazz club located in Boston’s historic South End, where he conducted the famous weekend jam sessions. Eventually, Willy began performing every Thursday at Wally’s with his salsa group ‘The 427 Flavah Factory’.

In 2014, Willy graduated from New England Conservatory with a Master’s degree in Jazz Drum Performance. At NEC, he studied with Miguel Zenon, Jerry Bergonzi, Bob Moses, Billy Hart and Cecil McBee, among others. He has performed alongside some of the premier musicians in jazz including Randy Weston, Dave Holland and Dave Liebman, with whom he has recorded and played with extensively.

Boston Symphony Hall, Roccella Jazz Festival, Panama Jazz Festival, Cape Verde Jazz Festival, Berklee Performance Center, Jordan Hall, and Mechanics Hall are just some of the renowned festivals and venues Willy has performed at. He has appeared on a variety of recordings including Ceremony, the most recent release from NEA Jazz Master Dave Liebman