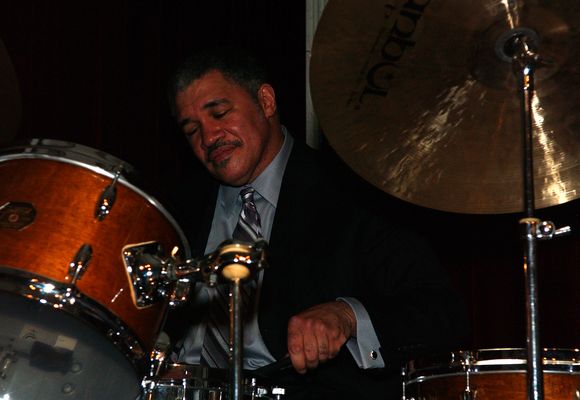 When you see him play, you'll be drawn in by his joy of playing music, his sound on the instrument with brushes and his homage to past masters with everything he plays. Bruce has earned a BA in music from Thomas Edison State University and a Master's degree in music (Jazz Studies) from William Paterson University.

Bruce has performed at some of the important jazz venues in the New York / New Jersey area including Smalls Jazz Club and Fat Cat in New York; Shanghai Jazz and Trumpets Jazz Club in New Jersey and private events for the Institute of Jazz Studies at Rutgers University. Bruce has also performed and given clinics at The American School for Modern Music in Paris, France and appeared at the Rassegna Internazionale Jazz Festival in Moncalieri, Italy. Performance highlights include appearing with Freddy Cole, Melissa Walker, Ted Curson, Ricky Ford, Mike Richmond, Rhoda Scott, Calvin Hill and Warren Smith.

Journalist Dave Miele (Jazz Improv New York) made the following observation: “An unorthodox and interesting player and bandleader, Jackson’s choices are consistently fresh and unique. Whether it’s the choice to play a waltz in 4/4, to play a ballad with sticks or to take an extended “chops based” solo with brushes, Jackson frequently takes the path least expected.”