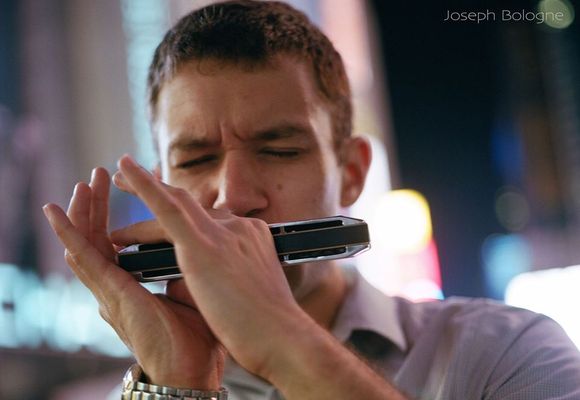 “Yvonnick Prene is skilled and talented without a doubt but there is a depth to him that calls to the depths within the listener. It is no wonder that he is in such demand.”JazzTimes

“A rising star” Dan Bilansky, All About Jazz

Yvonnick was born in Paris, France on January 19. He began as a guitarist, later switching to the diatonic harmonica, and eventually settling on the chromatic harmonica as his primary instrument. He first began playing the harmonica professionally in Parisian clubs at 17, then started his studies at Sorbonne University, from which he received a master’s degree in music (2011). While still enrolled at the Sorbonne, Prené relocated to New York City and was awarded multiple full-tuition scholarships at The City College of New York, (MICEFA, 2007), Columbia University (Alliance Program, 2008) and at the New School for Jazz and Contemporary Music (Merit-Based Scholarship, 2009) where he had the opportunity to study with Lee Konitz and Reggie Workman among others. In 20011-2012 he earned a BA from The New School for Jazz & Contemporary Music and Master degree from Sorbonne University.

Yvonnick is the founder of New York Harmonica School,the first harmonica school in NYC. Yvonnick is currently based in Manhattan, New York.