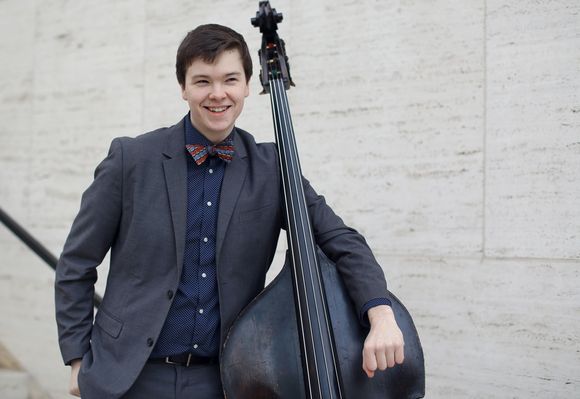 He recently received his master's degree in jazz studies from the prestigious program at The Juilliard School. Dan also earned his bachelor's degree from the Juilliard School, studying under the great Ron Carter. In 2014, he was selected to receive Juilliard’s Ron Carter Scholarship. The program chair, Wynton Marsalis, once publicly referred to Dan as, "a young star of jazz," and considers him to be one of the most serious musicians of his generation. Dan is proficient in many genres, and his diverse background has allowed him to record and perform with country sensation Kelsea Ballerini on national television, accompany the stars of Broadway’s “Hamilton,” perform with Fall Out Boy’s Patrick Stump, and much more. He has performed in 12 different countries and has graced prestigious venues and festivals including The Hollywood Bowl, Chicago Symphony Center, The Newport Jazz Festival, The Monterrey Jazz Festival, The Umbria Jazz Festival, Ravinia Festival and many more. He has been continuously inspired and mentored by some of the world’s greatest musicians, jazz and classical alike, including Richard Davis, Ben Wolfe, Rufus Reid, Jason Heath, Carlos Henriquez, Jay Anderson, and others.

Prior to attending The Juilliard School, Dan attended Glenbrook South High School, participating heavily in their Grammy Award Winning arts program. Dan also participated in both the jazz and classical programs at the Midwest Young Artists Conservatory. In the summer of 2012, Dan was one of 15 musicians selected to participate in Ravinia’s prestigious Steans Institute, where he collaborated with jazz masters David Baker, Nathan Davis, Curtis Fuller, and Rufus Reid.

Dan is also well studied in composition, prolific in both scoring for film as well as concert music. Recently, Dan was one of 8 composers selected to participate in BMI’s, “Composing for the Screen” film scoring mentorship, under the guidance of acclaimed media composer Rick Baitz." He has also studied with composers Philip Lasser, Kendall Briggs and Edward Bilous. Dan scored filmmaker Connor Smith’s debut feature-length film, “Smoke in the Air.” He recently finished composing for Smith's latest project, "Shakespeare at the Point," a documentary following a group of elementary school students from Hunts Point in the South Bronx who stage a production of Shakespeare's Twelfth Night. Dan also recorded on the soundtrack for Woody Allen’s, “Cafe Society.” Dan has also composed works for dance, including a recent electronic composition, “Here, Now, Always,” scored to choreographer Caitlyn Javech’s 2017 piece. Dan is also an award winning electronic music producer.