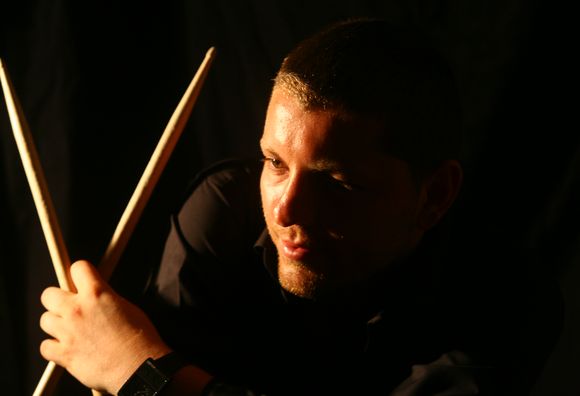 Vladimir Kostadinovic, award winning drummer, bandleader, composer & arranger started his musical education at the age of five when he began studying classical accordion. He also started playing the drums professionally at the age of eleven. Drums has always been his real love and he wanted to pursue it, with a passion! Vladimir ranks high among drummers who are versatile and savvy enough to play different styles of music, as a sideman and with his own projects. In August 2009 he was invited to perform with a master of organ Tony Monaco. During that time Vladimir also formed his own quartet with Jimmy Greene, Danny Grissett and Matt Brewer which featured his own compositions. In 2009 he went into the Peter Karl studio in New York with his band and recorded his Cd  "COURSE OF EVENTS". Shortly thereafter he joined the band Antonio Farao Trio, with whom he is currently playing and traveling all over Europe. Vladimir also recorded his second album as a leader "THE LEFT SIDE OF LIFE"  feat. Seamus Blake, Joe Sanders and Marko Churnchetz live at the Generations Jazz Festival, which was released on ENJA Records in 2016.

EDUCATION: He finished primary and secondary music school in Belgrade and graduated from the jazz department for drums in the class of Miroslav Karlovic. After music high school Vladimir enrolled at the University for Musik and the Performing Arts in Grac. In 2009 he graduated his Master's Degree with honours in the class of Professor Howard Thomas Curtis.