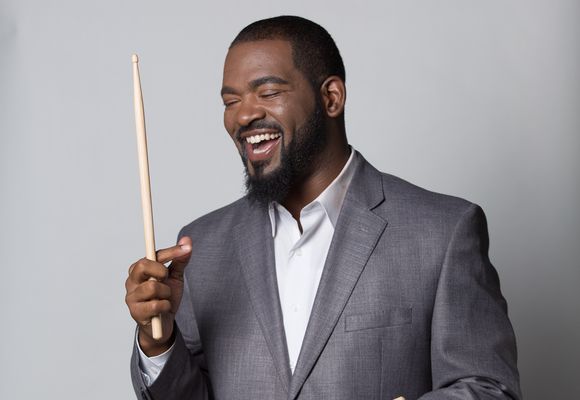 Expression through music was engrained in Cedric Easton’s culture early on. His mother played the organ and his father was the pastor of their local pentecostal church. During his formative years, his love for music thrived. Around age 15, Cedric purchased a recording of Art Blakey and The Jazz Messengers. This was a pivotal moment that altered the focus of his musical interests. His curiousity for authenticity and depth, via musical expression, began to emerge. Over the next decade, he explored, studied and participated in gospel, jazz and west African musical traditions. Over the course of Cedric’s journey, he has had the opportunity to perform alongside the likes of: Hannibal Lokumbe, Thiossane West African Dance Co., Dorinda Clark-Cole, Marvin Sapp, Pharez Whitted, Wes Anderson, Aaron Diehl, Christian Howes and more. “Overall my intention is to communicate effectively,” he says of his philosophy as a drummer. “In the moment, it is my sincere hope to feel and be felt”.