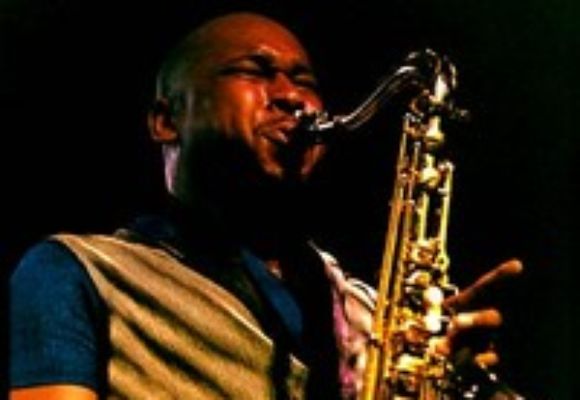 Born and raised in Greenwich Village, the “mecca” of jazz, Abraham’s

as a “rodey” for drummer Freddie Waits. Abraham became personally

acquainted with many popular jazz artists like Richard Davis, Billy

concept and his education to the years spent with the master

musicians he met as a youngster.

under the tutelage of head jazz instructor Justin Dicioccio. Abraham

was chosen by Dicioccio to be the alto man in an all-star quintet,

which was awarded best jazz combo by Downbeat Magazine. In

addition, Abraham received an award for outstanding soloist. In the

By this time, Abraham had met his idol, saxophonist Jackie McLean,

with whom he began an apprenticeship and an enduring mentorship.

Over the next few years, McLean encouraged Abraham to continue his

studies at the Hartt School of Music. Abraham spent four years under

the watchful eyes of Jackie McLean studying the saxophone with an

emphasis on Jazz history. In 1993 Abraham received his Bachelors

Degree in Music and Performance, graduating with honors.

and &quot;Live at the Village Vanguard.” Abraham began touring throughout

Europe and performing at popular New York jazz clubs including The

Abraham also began performing with his own dynamic group, “The

Abraham Burton Quartet.” The collective has been featured at venues

and festivals worldwide including the North Sea Jazz Festival, Jazz a

Festival. The Band has also recorded a notable collection of albums

Additionally, Abraham has been a part of the Mingus family for two

decades, performing globally in all three ensembles The Mingus Big

In recent years, Abraham’s interest has broadened to teaching and

sharing his musical knowledge and experience with future generations.

In 2013 Abraham was awarded the prestigious Ralph Bunche

Fellowship at Rutgers University where he received his Masters Degree

in Music. Abraham also has joined the faculty at both the Jackie

McLean institute of Jazz (University of Hartford) and Rutgers University

where his classes are in high demand.

the infinite torch of jazz.