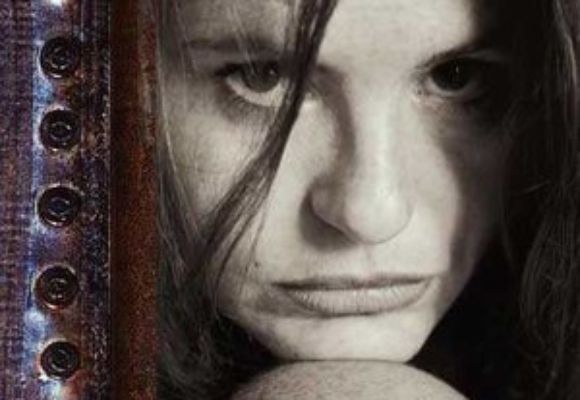 On a summer morning in late nineties, Deanna Kirk took the stage at her legendary music club Deanna's in New York City. The Steinway Grand piano that had once been delivered to the club by Blue Note recording artist Jackie Terresson, like everything else in the place, had been torched beyond recognition and then torn apart and drowned by the relentless blast of four different fire hoses. She caught a glimpse of herself in a broken mirror, one of the dozens that had once reflected candle light throughout the club for all of its five years, and she wondered what to salvage and what to leave behind.

Five years earlier, the British producers of the Bolshoi Ballet had wandered into Bradley's jazz club in New York where a young Deanna was performing. So impressed were they by what they heard that they proposed buying her her own jazz club. In 1992 Deanna's was born on East 7th Street between 1st Avenue and Avenue A in an edgy corner of the East Village.

For five years Deanna performed for and with some of the biggest names in jazz (Roy Hargrove, Eartha Kitt, Cecil Taylor), rock music (Keith Richards, The Spin Doctors) and American culture (from Quentin Crisp to Matt Dillon and Sarah Jessica Parker to George Stephanopolous). Deanna's gave a home and a school to some of New York's most promising young musicians. There were no set times. No cover ever. The club was a non-stop musical exploration from sundown to sun up seven nights a week.

It was there that Deanna recorded her first and only live jazz album, "Live at Deanna's," critically acclaimed by the press and jazz fans around the world.

"That was a beautiful experience and artistically very satisfying to perform each night with such great musicians. The schedule was relentless, 8 or 10 hours a night every night and everyone expected me to be a diva all the time. That is definitely a side of me, but there was more I wanted to do with music and the club had swept me away with it. I wanted to write and record my own songs."

And write songs she did. Deanna's first studio album, "Marianna Trench," featured original songs as well as Leonard Cohen and Sandy Denny favorites. The response was staggering. Billboard Magazine featured Deanna on their front page as the flagship artist at Blackbird Recording Company. Deanna was featured in People Magazine, the New York Times, Time Out, New York Magazine and many other publications.

As her debut studio album climbed the charts, it was clear that Deanna's career would continue to flourish. She has proven herself a successful songwriter as well as an extraordinary singer.

Deanna wrote and recorded her second studio album "Where Are You Now" for Blackbird/Elektra which also received critical acclaim. She toured North America with Jane Siberry. She signed a publishing deal with Bug Music and began to write and record for film and television soundtracks (Deanna's music has been featured in such television shows as Felicity, Hyperion Bay and Cupid and on such movie soundtracks as "Down To You" and "Me Myself I").

Deanna was born in Manhattan and grew up in Freeport, Long Island. Her father is a retired Navy Captain (yes, Captain Kirk) and architect and her mother, Anna Maria, teaches voice and performs around the New York region. Deanna is a concert-level pianist and her two sisters are both multi-instrumentalists.

Deanna's most recent release, "Beautyway" is her third studio album, featuring all new original material. This marks Deanna's first major release on her own recording label.