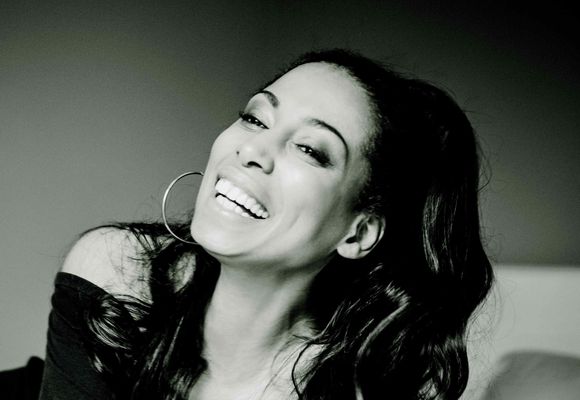 Singer / Songwriter / ActresBorn in Chicago of Haitian parents, raised in New York, Malou is a unique combination of her multi-cultural influences and experiences. Raised among musicians; her brother, Jean Beauvoir, is the renowned hard rock phenomenon - performer/singer/songwriter/producer (The Ramones, Kiss, The Plasmatics.)

At age 15 she moved to Paris to attend the American University while pursuing her artistic passions; acting and singing. Her debut single “Waste my Time” was released a few years later.mailh

After college she obtained an MBA in the US, and worked her way up the corporate ladder, ultimately becoming Director of Business Development for a US-based high-tech company.  At the same time, Malou kept her passions going by recording and acting from time to time.

By the end of the 90’s Malou had decided to give up the world of business to concentrate wholly on her singing and acting.   She quickly secured engagements in leading venues around the world, including in Dubai, Rio, Beirut, London, and in Paris where she performed for two years as the lead singer at the renowned Paradis Latin.

Then, more recording; a featured artist for Universal (Datafolk); M-Tracks; co-writing and recording with artists in diverse styles -- Hip Hop, Dance, House -- co-signing many of her tracks with DJ’s and lending her versatile voice to different productions while continuing to compose on her own.

A chance encounter in a London venue with a jazz drummer led her to sign up for a Jazz course.  It was there that she discovered the beauty and freedom of singing jazz.  One evening, after one of several dates at the Petit Journal Montparnasse, performing with her R&B band, she wandered into The Swan, a small club to see a friend perform. Fate struck in the person of Jean Chaudron, who immediately upon hearing her sing, proposed to produce a jazz album built around her vocal style.

AN EVENING AT THE SWAN with the Jean Chaudron Trio is the fruit of that collaboration. A subtle cocktail of diverse styles, cultures and musical influences tempered by the warm sensuality of Malou’s voice, the unique musical phrasing of Jean Chaudron on the bass …applied to the great jazz classics.

LIVE at The LIONEL HAMPTON with the Jean Chaudron Quintet is the vibrant memento of a week’s residence at the famed Lionel Hampton Jazz club in Paris. Jeff Hoffman (guitar) and Bobby Rangell (Sax and flute) are added to the explosive cocktail and the result is a soulful, eclectic mix of recordings which retrace the evening’s events.

In Brussels in 2011, paths cross with Yvan Paduart (reknown Belgian pianist) with whom she will discover « The Music Village ». Enamoured of Brussels, the jazz scène at Music Village and the inspiration they offer her, she records « LIVE at the MUSIC VILLAGE » and in 2014,  launches her concept “Malou Invites”, a monthly encounter featuring diverse styles of music and a new guest star every month. Linda Lee Hopkins (vocals), Olivier Ker Ourio (harmonicist), Ron Baker (trumpet and vocals), Danny Doriz (Vibrophonist) are amongst her guests in 2014.

Back in NY for performances  at MINTONS PLAYHOUSE, SMALLs and with Benny Wallace (sax), for « Backcountry Jazz »  throughout 2014, she performs with Donald Vega, Danny Mixon, Terrell Stafford and other outstanding musicians in NY. That summer she records her new album IS THIS LOVE at Avatar studios in New York, . It features Andy Ezrin (piano & arrangements), David Finck (Bass), Bobby Mann (Guitars) and Ben Whitman (drums and percussion), Donny Mc Claslin (Saxophone) and Brian Pareschi (Trumpet).  The title track « IS THIS LOVE » was written and composed  by Malou. The album will be released in Jan 2016.

Additional recordings and co-writes include:

For her acting work, she is represented by the Cindy Brace Agency.

“A velvet voice from across the ocean ”  - Casting Magazine

“Malou is a highly professional performer, multi-faceted and decisive who defends her musical interpretations with talent and spunk. Her vitality and unique connection with her public is amazing!”  Amina Magazine