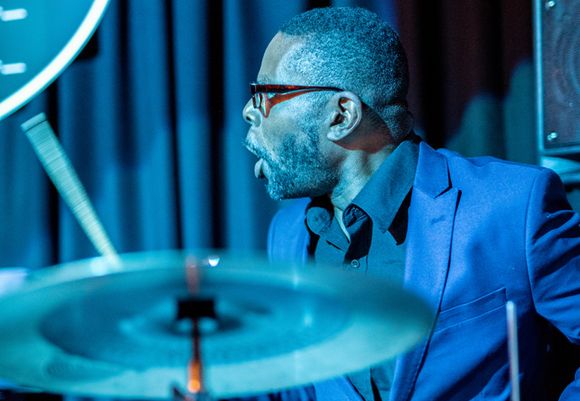 Taru Alexander is an award-winning American jazz drummer, born and raised in Brooklyn, New York. He is a son of jazz legend Roland Alexander, an American post-bop jazz tenor saxophone player from Boston, Massachusetts. During his three decades of a professionally successful career, Taru appeared as a sideman on more than fifty albums.

Taru started to play drums at the early age of seven years old surrounded by the greatest jazz musicians like Freddie Hubbard, Reggie Workman, Gary Bartz, and Kiani Zawadi. At the age of nine, he was studying drums under the leadership of master drummers Rudy Collins, Andre Strobert and Walter Perkins at the New Muse music school in Brooklyn, New York. By the age of thirteen, Taru started to perform professionally with his father Roland Alexander’s quintet (Roland Alexander-tenor saxophone, Kiani Zawadi-trombone, Hilton Ruiz-piano, Paul Brown-bass). At the same time, he started to study drums with Justin DiCioccio at the La Guardia Music & Art High School in New York.

While still studying at the age of sixteen, Taru recorded his first album as a sideman accompanying Fred Ho Afro-Asian Ensemble on the Black Saint record label. Soon after, he established himself at the New York jazz scene and became one of the soughs after drummers. He also toured the US with the Moe Better Blues Band & The Drums of Fire bands.

In 1996 Taru was honored with a proclamation honoring his musical achievements by Brooklyn borough president Marty Markowitz along with legendary jazz drummer Max Roach.