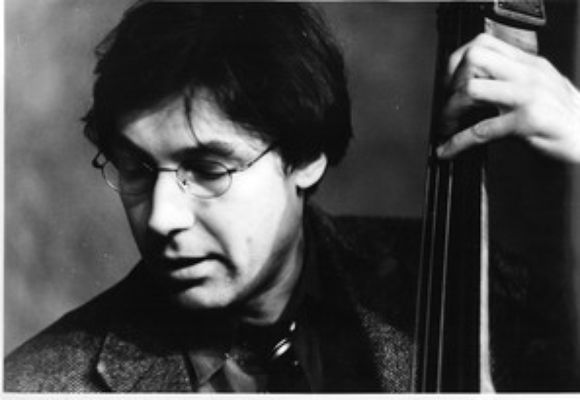 Is originally from St. Petersburg, Russia. He was steered towards jazz music by his father, jazz pianist. Kolesnik abandoned his engineering career to become professional musician, graduated from Mussorgsky College of Music, earned ‘Discovery of the Year’ title by the Jazz Poll and worked with David Goloshchekin and Igor Butman.

Kolesnik came to New York in 1991 and received scholarship from City College of New York to study with legendary bassist Ron Carter.

For many years he is a member of Anthony Wonsey Trio and Chris Gillespie Trio at Carlyle Hotel.

Petra Simone Acker & Steven Reich New York Trio: I Wish I Knew How It Would Feel to Be Free, HGBS Blue Records, 2018

I have listened to the album “Blues for Dad" and have been enjoying every minute of it… I am so happy to hear Dmitri Kolesnik in this setting, as his sound is warm and big, and his choice of notes is truly inspirational. His playing continues to grow and make his presence on New York jazz scene necessary. His compositions also merit close attention. This is a wonderful recording!
RON CARTER

Fashions change, but classic cool never goes out of style: the second CD by Russian-born bassist Kolesnik feels right from the first note. Hipster shuffles, bop burners and dreamy ballads are all performed with urbane aplomb by a dynamite

As a composer Kolesnik is capable of writing music of great emotional content; from full out swingers to light and clever midtempo masterpieces and lush ballads.
JAZZREVIEW.COM

I really like Dmitriʼs music, thatʼs the thing that excites me about playing with this group.
LENNY WHITE

Besides his great skills as a composer and bandleader, Kolesnikʼs bass solos are always a delight. With superb technique and inventiveness, each of his solos on this set was a complete musical statement and drew extensive applause from the audience.
JAZZ INSIDE MAGAZINE