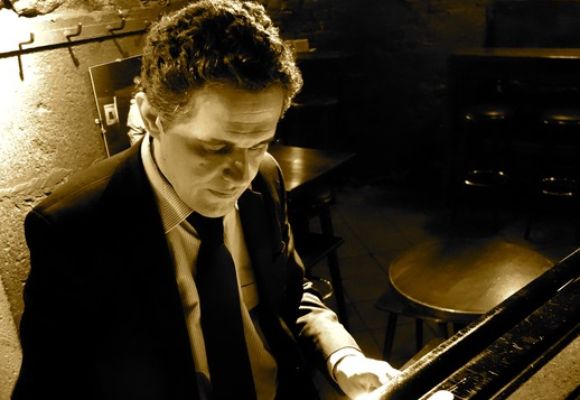 Born in 1969, Pierre CHRISTOPHE studies jazz piano at the National Conservatory of Marseille in Guy LONGNON’s class (he graduates in 1991-gold medal distinction-).

Thanks to a scholarship from the Ministry of Culture for advanced studies and research, he studies at Manhattan School of Music in New York from 1992 to 1994 where he graduates as Bachelor of Music. Concurrently, he studies with Jaki BYARD during four years.

Since 1995, he has performed and /or recorded with many artists of the french and international scene: James SPAULDING, Frank MORGAN, Butch WARREN, Scott HAMILTON, Ricky FORD, Lew TABACKIN,  Ulf WAKENIUS, Harry ALLEN, Warren VACHE, Pete CHRISTLIEB… and has recorded 8 albums as a leader and more than 40 albums as a sideman.

He has performed at the North Sea Jazz Festival, at Antibes Juan les Pins Jazz Festival at the Vienne, Ascona, Marciac, Tokyo, Melbourne Festivals...at Radio France, at the New Morning and at several parisians jazz clubs.

Pierre CHRISTOPHE is nominated at the “DJANGO D’OR 2004” in the “young talent” category” and is the winner of the international competition “Jazz à Juan Revelations 2005” (piano category).

His “Byard by Us” project -4 CDs on the BLACK AND BLUE label- was unanimously acclaimed by the critics: it has been given four stars by JAZZMAN magazine, and has been saluted as the “disque d’émoi” by JAZZMAG. It has appeared in LE MONDE’s special selection and was nominated by the French Academy of Jazz for the BORIS VIAN 2003 AWARD (best french jazz album of the year).

In 2007, Pierre CHRISTOPHE was elected by the French Academy of Jazz for the prestigious DJANGO REINHARDT AWARD (best French jazz musician of the year 2007)

In 2017 his new project and 8th album as a leader  will be a tribute to the great Erroll Garner, one of his main influences.