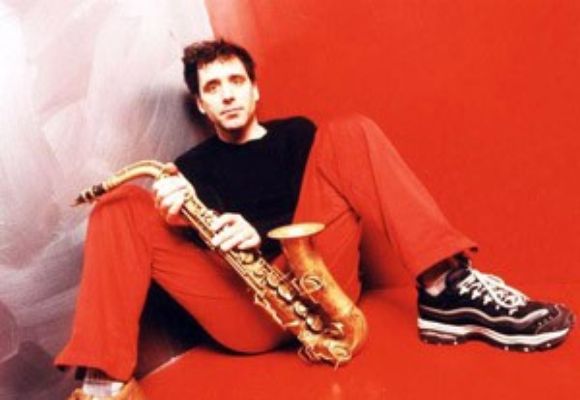 Andrew D'Angelo's charismatic presence and iconoclastic musical ambition have been well-established over the course of his twenty year plus career and his key roles in bands like Human Feel, the Matt Wilson Quartet and Tyft. His dedication to pushing his limits and his willingness to delve into new musical areas have been powerful inspirations to his peers and to a new generation of improvisors. His forceful tone and aggressive improvisational style have made him one of the most influential alto saxophonists of his time.

Born in Greeley, Colorado in 1965, D'Angelo moved to Seattle at age 5. In Seattle he forged powerful musical and personal relationships with fellow young musicians Chris Speed and Jim Black before moving to New York City in 1986. He reconnected with Speed in Black in Boston, where they formed Human Feel with guitarist Kurt Rosenwinkel.

Human Feel would prove to be one of the central incubators of new jazz for the 1990's. When the band moved to Brooklyn in the early 1990's, they were rapidly absorbed into the blossoming downtown music scene, becoming sidemen of choice for many world-renowned artists. D'Angelo joined bands and made records with Erik Friedlander, Bobby Previte, Jamie Saft/Cuong Vu and would forge another long-lasting musical relationship with drummer Matt Wilson.

As a composer, D'Angelo has created a powerful personal language rooted in jazz but incorporating influences from electro-acoustic music, noise, and modern classical music. D'Angelo's work as a composer has included music for big band, chamber groups, string orchestra and soloists.

D'Angelo has realeased three CD's with his trio Morthana with Norwegian musicians Anders Hana and Morten Olsen. He also released a trio CD "Skadra Degis" on Skirl Records on January 31, 2008. It features his longtime friends Jim Black and Trevor Dunn playing pieces strongly rooted in the jazz D'Angelo studied in his youth.