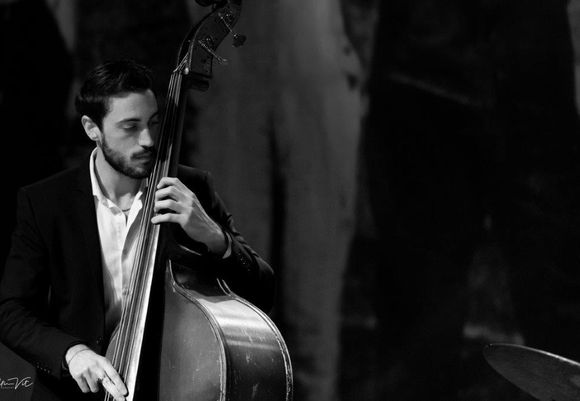 Dor was born and raised in Tel Aviv, Israel and played the bass since the age of 9. He attended Thelma Yellin High School for the Arts and won the the America-Israel Culture Foundation Scholarship for 4 consecutive years. Dor served 3 years in the Israeli Air Force Orchestra as a bass player and arranger. During his time in Israel Dor has played with some of the leading Jazz musicians of the Israeli scene, icluding Amos Hoffman, Ilan Salem, Shai Zelman, Yuval Cohen and many more. Along with playing Jazz Dor is playing electric bass as a session player for Israeli Rock and Pop artists and playing musicals in the Israeli National Theater Habima.

In 2018, he finished his Bachelor of Arts at the New School for Jazz and Contemporary Music. He has studied with some of the leading bass players and Jazz musicians in the New York Jazz scene, including Ben Wolfe, Joe Martin, Billy Harper, and many more. Along side his Jazz studies he also studied Classical Bass with Teddy Kilng (Israeli Philharmonic) and Max Zeunger (NY Philharmonic).

Since moving to New York city Dor has had the honor of playing with the leading musicians and venues in Jazz including Joe Farnsworth, Rodney Green, Arron Diehl, Kirk Lightsy, Freddie Hendrix and many more.