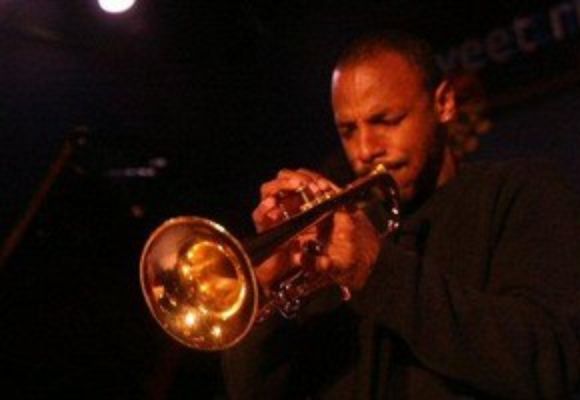 everywhere from the Hollywood Bowl to Birdland to the Kennedy Center,

in addition to touring throughout Europe and Japan. He is a member of

Duane was born into a family of musically gifted talent. His mother,

Eubanks and guitarist, Kevin Eubanks, former bandleader of the The

Tonight Show with Jay Leno; as well as his uncle, legendary pianist Ray

Bryant all contributed to his early music education.

Duane started playing trumpet for the first time at age eleven, but didnt

consider music as a career until college. While studying for a Business

Administration degree at the University of Maryland Eastern Shore,

Duane joined the universitys jazz band, which afforded him opportunities

to play with jazz luminaries such as Stanley Turrentine, Shirley Scott,

After graduating from college, Duane studied jazz at Temple University.

He performed admirably in master classes with Dr. Billy Taylor and

became one of his primary mentors. The years of study and continual

encouragement from Robin and Kevin motivated Duane to take on his

ultimate challenge. In 1996, he moved to New York with his good friend

Records. The outcome was his critically acclaimed debut, My Shining

Eubanks and Curtis Fuller, among others.

Working in various genres of music is something Duane takes pride in.

Williams, and Kirk Franklin. Duane is now working on a project that will

incorporate all of these influences. The recording will feature him on

Steve Nelson on vibraphones with an anticipated release in early 2015.

Duane is a recipient of the 2013 Philadelphia Education Fund EDDY

Award. He was a participant as musician on Dave Holland Big Bands

two GRAMMY Award winning recordings, What Goes Around in 2002

With all of the musicians he has performed with over the years, young and

old, as Duane puts it, Its hard not to be inspired musically.