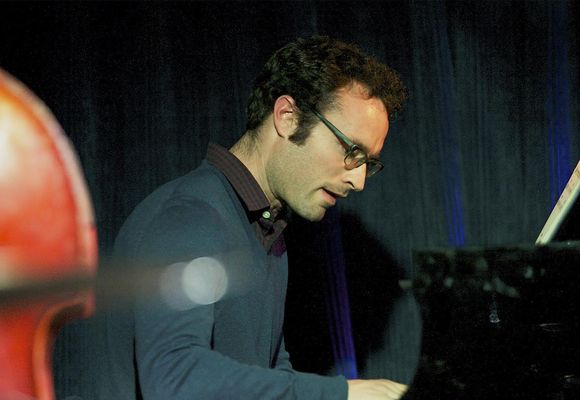 Go to event
Adam Shulman has been a staple of the San Francisco Jazz scene since he moved to the city in 2002. Before the move, Adam was a student at UC Santa Cruz where he studied with the great pianist Smith Dobson and the trumpeter/arranger Ray Brown. He received his degree in classical performance under the tutelage of the Russian pianist Maria Ezerova.
Adam has played as a sideman with internationally renowned artists Stefon Harris, Willie Jones III, Dayna Stevens, Miguel Zenon, Mark Murphy, Alan Harris, Luciana Souza, Paula West, Ratzo Harris, Larry Coryell, Sean Jones, Grant Stewart, John Clayton, Bobby Hutcherson, Bria Skonberg and with the Glen Miller Orchestra.