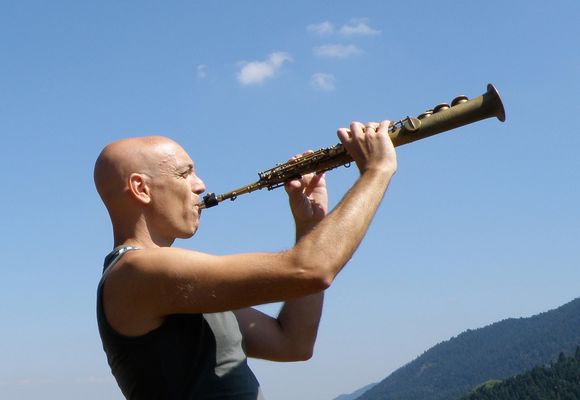 Awarded album of the month from BBC Music magazine and 2nd jazz album of the year from the BBC for "Labyrinth". This album has become the subject of study at several universities and has been presented at Yale University and at musicological conferences.

"Across The Universe" included songs from the Beatles, Nina Simone, Doors songbook, with an international line up from all continents, and has produced 2 years of world touring and some of the best reviews.

Playing and producing programs at Dizzy' s and Jazz at The Lincoln Center, with the aid of the Onassis Foundation and artist residencies at New York Chicago and Atlanta Colleges and Universities.

A talk/concept/presentation by Dimitri Vassilakis to showcase how jazz - this great American art form - has become global and has embraced the broad democratic values that were first established in ancient Greece. Also how jazz as a universal language can teach us again how to develop dialogue in equal terms, communicate in a more humane, democratic and creative way.

Since 2015 organizer and artistic director of Mirabello Jazz Festival (Crete) and Rhodes Jazz Festival, plus special researcher at Georgia Institute Of Technology Atlanta USA for jazz and artificial intelligence/robotics.

Coordinator and lecturer at the Athens Kapodistrian University, teaching at the Master Course in “Jazz and new Technologies” from fall 2017.

2017 Ambassador for Famous Grouse «Famous For A Reason» campaign.

“Greek saxophone prodigy Dimitri Vassilakis is revered as the Hellenic god of post-modern expression. A rhapsodic stylist of immense power and authority.”