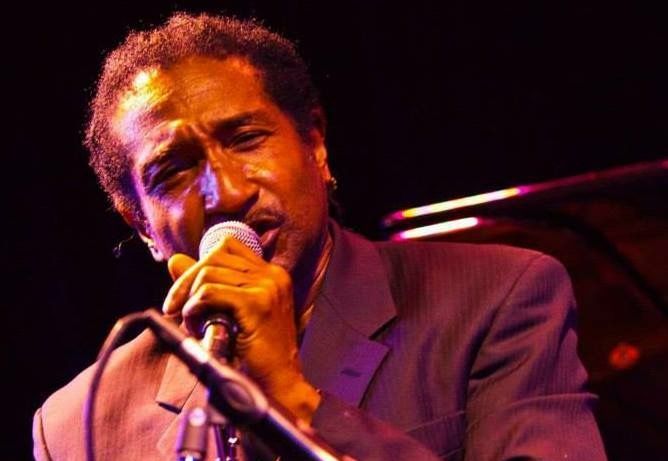 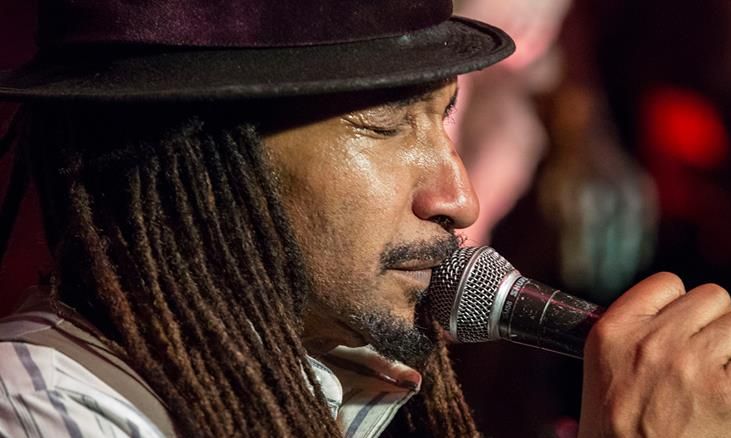 08/24/2017
Smalls
Kevin Harris Jazz All stars
Upcoming Shows
Actor, Singer, Writer, Producer and Vocal Coach to the Stars, Kevin Harris has distinguished himself as one of the most versatile singers in music. Jazz, Pop, Rock, Blues, Legit Broadway, Negro Spirituals, Funk or R&B. Kevin has mastered them all over a 35 years career. His list of artists he's worked with is a "Who's Who" of legendary Musicians. Born in New York and raised in San Jose in the Bay Area, Kevin forged many close relationships and played with members of The Doobie Brothers , Loading Zone, Janis Joplin, Carlos Santana, The Legendary Headhunters, John Handy, Flora Purim and Airto as well as top Bay Area groups , Joy Of Cooking, Manteca, which was a combo group of Mandrill and Azteca, members of Tower Of Power and Graham Central Station. His Jazz influences came from studying and working with Eddie Jefferson, Jon Hendricks, Esther Phillips, Rodney Franklin, Flora Purim, Art Blakey, Cedar Walton, Johnny Hartman, John Handy and many more helped earn Kevin a respected reputation.Kevin has recorded with John Handy, Michael White, Cornelius Bumpus, Cedar Walton, Donald Harrison, Mike Kissel, Drew Zingg, Rodney Franklin, Babatunde' as well as his own band Tout Le Monde, to name a few. As a bandleader with TOUT LE MONDE and The Kevin Harris All Stars, Kevin initiated the weekly music jams at the Legendary China Club and Decade which was featured every Monday night on Q104.3, bringing him the moniker, "Mr. Monday Night". A Who's Who graced these Stages under Kevin's tenure. The Four Tops, David Sanborn, Elliot Randall, Julian Lennon,Buddy Miles, Paul Shaffer, Will Lee, Stanley Jordan, Carlos Alomar, Jeff "Tain" Watts and Gavin DeGraw, Branford Marsalis just to name a few. Kevin has also been an award winning actor. Having been seen in Streets of San Francisco, Desperately Seeking Susan, A Doctor's Story, A Christmas Without Snow, Invasion of the Body Snatchers, Beat Street and more. Received The TOR award for Best supporting actor Off - Broadway in The Holy Junkie. IN 2010 Kevin was diagnosed with Stage III Throat/neck Cancer. While undergoing a debilitating treatment of radiation and Chemotherapy, Kevin used his talents as a vocal coach honed from working with Earl Jones, Johnny Mathis' teacher from San Francisco St University. Vocal coaching thru Jive/RCA/Sony records, Kevin worked with R. Kelly, Miguel and Semi-finalist for the Voice, Michaela Page and Grammy nominated producer, Carlos McKinney, Gavin DeGraw and many more. This enabled him to maintain his instrument while imparting his experience, strength and hope on Singers and recording artists. It is with this determination and vision That Kevin assembled this collection of All Star musicians in his return to Prominence. I present to you.