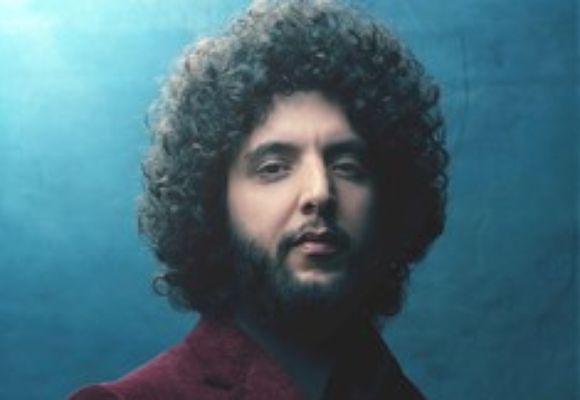 Omer Avital is a poet of the bass, widely hailed by international musicians, critics and fans as one of the most innovative and exceptional musicians of his generation. His compositions range from small jazz groups to orchestral and world music. In a glowing New York Times profile, Ben Ratliff hailed, "Trained first as a classical guitarist, he plays chords all over the neck and uses guitar techniques for strumming; the result is a passing hint of flamenco or blues. He can be fleet and jazz-melodic in the style of Oscar Pettiford, then buzz around the tonic like a devotional singer; he grew up in Tel Aviv, in a Moroccan-Yemenite family, and the Arabic and Spanish comes together with the blues in his music. Proper technique isn't all; he punches and twangs the strings, knocking fresh slang out of the bass. Outside Charles Mingus and the free-jazz bassist William Parker, such dramatic violence on the instrument is hard to come by."

Omer Avital was born in the small Israeli town of Givataim where his formal training began at age 11 when he entered the Givataim Conservatory to study Classical Guitar. It was upon entering Talma Yalin, Israel's leading High School for the Arts, that Mr. Avital's interest turned towards jazz. He switched his focus to the acoustic bass, and soon became the leader of the school's jazz ensemble for which he wrote all the arrangements. During his senior year, at the age of 17, he began playing professionally in various jazz, pop, and folk bands, as well as performing regularly on national television, radio, and in numerous jazz festivals.

Avital's primary interest and success has been as a composer, arranger and bandleader. In 1994 the now legendary Smalls jazz club opened in New York's Greenwich Village. The club's visionary owner, Mitchell Borden, invited the city's young inspired jazz musicians, as well as some of the old masters of the art form, to share their musical explorations and create a fresh and inviting artistic environment. Since the opening night of Smalls, Avital had began playing at there steadily, both as a leader of his own band and in the legendary Monday night Big Band, led by pianist/composer/arranger Jason Lindner and featured many of the scene's greatest musicians. Avital had also performed regularly in the famous Friday night jam sessions with the great young drummer Ali Jackson.

A large audience ranging from seasoned jazz lovers to young listeners was attracted to the fresh energy of their music. Critics and major record labels soon followed, eager to become involved and understand this new musical phenomenon.

"[Smalls] has become a place producing the next generation of New York-based musicians&It is developing not only a new generation of musicians, but a new generation of listeners as well" (The New York Times). "From the front- row seat at Smalls, it was easy to see how New York gained one of its most cherished destinations...Evenings like this have made New York the Jazz Capital of America" (The Washington Post).

The group's repertoire consisted of Avital's compositions as well as his unique arrangements of standards which could not but betray his classical roots. He hired musicians who where leaders of their own bands and composers in their own right. His main objective was to explore the thicker textural and harmonic possibilities of the jazz ensemble without compromising the traditional swing and improvisation of jazz - "It's an exiting band, in which the impassioned wail jostles against the studied arrangement" (The New York Times).

Avital was quickly signed to Impulse! and completed Devil Head, his debut album as a bandleader (1998). Unfortunately, the Impulse! label was deactivated weeks later, dropping its roster of new artists after being acquired by Seagram's, and this wonderful musical offering never saw the light of day.

Down Beat Magazine wrote, "Avital concocted a sextet with a four-reed froth line that's been roundly heralded for its originality...His unit, which recorded the gorgeous Devil Head for Impulse! prior to the label's consolidation with Verve (the disc's release has been canceled as a result), allows drama to emerge at every new turn. His music can be deliberate and pensive without forsaking a creative élan." To this day, Devil Head remains locked in the Verve's vault.

In 2001, Avital released Think With Your Heart, his (second!) debut album as a leader, on the much respected Barcelona-based label Fresh Sound-New Talent. Once again, this project had garnered the highest international critical acclaim. Down Beat magazine wrote: "The spirit and substance of musical multiculturalism are displayed with joyous clarity...Elements of the Mediterranean are incorporated seamlessly with inspired jazz improvisation." All About Jazz hailed, "Hyper intelligent and free, Think With Your Heart could be considered what happens to Post Bop as a genre when it is perfected. Add to this the ethnic flair that is infused and the music makes an almost religious statement demanding to be heard...Definiately brilliant and recommended. Jazz Review wrote, "Think With Your Heart, a CD of appealing strength and outstanding musicianship, is quite unlike any other." All About Jazz later wrote, "No doubt, Avital has produced one of the top ten jazz outings of the year. Emphatically recommended!"

Avital has led various bands and ensembles and has been a part of many exciting collaborative projects with his peers. These include:

The Marlon Browden-Omer Avital Band - featuring the ferociously funky drumming of Mr. Browden (formerly of the John Scofield group), and some of Avital's most "party-like" compositions. Avital and Browden have recorded a live album for Fresh Sound, featuring the "electronically melodic" trumpet of Avishai Cohen, and a debut performance of Omri Mor - an incredibly talented and promising young pianist from Jerusalem.

In recent Years Avital's growing interest in both European classical music and the music of the middle east (both folklore and the various classical forms) has led him to a period of intense study, both formal and informal. Avital has spent the last few years constantly composing new music.

In recent years, he has produced a number of chamber "concert" pieces for different ensembles, some of which were performed and broadcasted on Israeli radio, alongside orchestral music based on Andalusian, Mediterranean and Israeli folklore elements. Avital has also been playing the Oud (Arabic lute) and studying the complex modal system of classical Arabic music-the Maqamat". Avital has deepened his knowledge of north-African music (the music of his heritage) while playing with the Izraeli Magreb Orchestra, the Andalusian Orchestra Ensemble and the legendary Algerian pianist Morris al Mdiuni, studying the popular styles (African/Arabic oriented music) as well as classical Andalucian music (the Jewish/Arabic musical tradition of medieval Spain).

Avital's ideal is not only to play and create within the traditional forms, but to use these techniques to enrich his own musical world . PopMatters hailed, "Avital has set up his own cultural space in an aesthetic triangle, whose three sides are Israel-New York and the Northern Sahara...Avital has obviously a big future and is already garnering great critical praise."