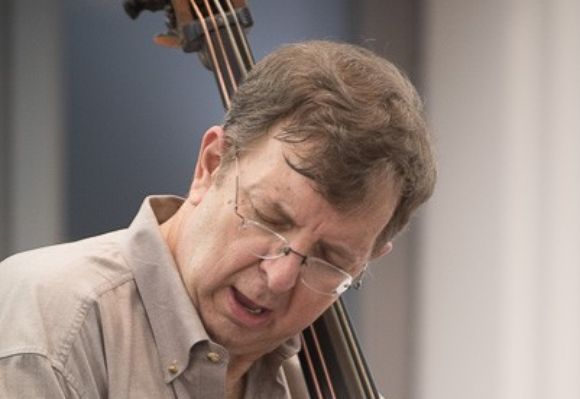 Bassist Will Woodard has been an active member of the New York jazz scene since arriving from his native Virginia in 1981. He has been privileged to share stages with many wonderful musicians, including jazz masters Ed Blackwell, Billy Hart and Chico Hamilton, contemporaries like Vince Herring, Cyrus Chestnut and Roy Hargrove, and younger colleagues such as Chris Potter and Jon Irabagon. He is a long-standing member of the Rick Hollander Quartet, which has performed at major jazz clubs and festivals throughout Europe, Japan and the United States and has released critically-acclaimed recordings on the Timeless and Concord Jazz labels. The quartet's latest CD, “On the Up and Up”, was released in November 2016 on Laika Records. Will was also a member of the late great composer/arranger Chuck Clark's much-lamented Little Big Band, which performed every Monday night for three years in the East Village and included some of New York's finest musicians. He currently lives in Brooklyn, and can be heard regularly in many of the city's major jazz venues, recently including Birdland, Dizzy's at Lincoln Center, Jazz at Kitano and the Cafe Carlyle.