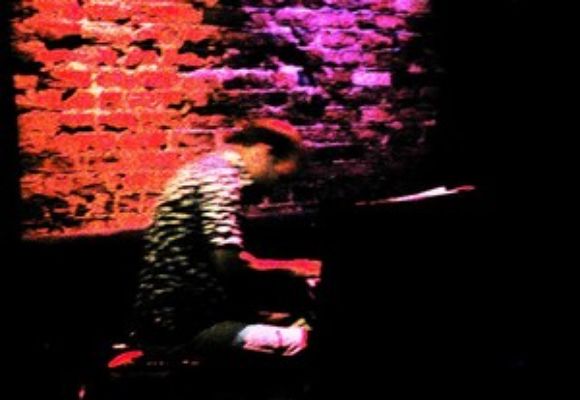 Dred grew up in St. Louis and went to college in Ohio but it is the San Francisco Bay Area Dred will always consider his home. In the many years he lived there, Dred gained a reputation as an innovative and eclectic pianist and multi-instrumentalist, co-founding the ground breaking hip-hop jazz group, Alphabet Soup.  He has recorded 10 self-produced cd’s as a leader and has performed on over 40 others.  Dred has been based in NYC since 1999.

- produced the first recording of Country Joe and the Fish  bassist, Bruce Barthol, The Delcine and Fall of Everything.

- performed in film, Once More with Feeling, with Linda Fiorentio and Chazz Palmenteri.

2008-present, music director for the  AMFAR Cinema Against Aids Gala yearly at the Cannes Film Festival.

Dred has also written and played on dozens of television commercials.

Dred has been based in New York City since 1999 and regularly performs with The Dred Scott Trio, Carol Lipnik, Jay Collins and The Bari Koral Family Band and plays solo piano 4 nites a week at Del Posto, the nation’s only 4-star italian restaurant. Mario Bitali/Joe and Lydia Bastianich, co owners.

Dred Scott Trio (Tuesday) This longtime working band, led by the sly pianist-raconteur Dred Scott, recently released “Going Nowhere” (Ropeadope), a good showcase for its puckish but aggressive take on postbop aerodynamics. The trio’s acclaimed weekly residency here has ended, after a productive six years — but this one-nighter kicks off a new one, the last Tuesday of every month.  nate chinen, NEW YORK TIMES

The Dred Scott Trio gives off an intimate, anything-can-happen vibe...sometimes swinging hard and sometimes careening out of control. The feeling of ramshackle spontaneity...is something of a front for sophisticated, multi-segmented piano trio compositions.  Philip Booth, RELIX

“Dred Scott plays the kind of piano that gets you pussy, and not just suburban mom pussy, I am talking chic statuesque broads that know about art, literature and who order off the menu when they go to popular eateries, cause they have it like that.....a sensual and smooth brand of piano that dabbles at hints of darkness.  It conjures up a classic kind of sensibility, of a manhood oft talked about in classic novels but rarely seen in real life.  It is beautiful beyond words.”  tim baker SYFFAL

"Dred Scott has a highly abusive relationship with his piano. One minute he’s in a furious rage, poking, jamming and slapping the keys around like a coked-up mobster. Then, after cooling down a bit, he’s apologizing with tender ticklings and delicate caresses, trying to convince each key that he’s sorry and he’ll change. But no matter how bad it gets, sooner or later they always come back to each other. Plus, one listen to the fusion of rock, funk and hip-hop-laced jazz that comes out of their union proves that dysfunctional relationships are often the most exciting."                                       curtis cartier,  SANTA CRUZ METRO

“The hard-swinging group never gets too deep, which might actually be a good thing: Their music has the buoyant groove of gospel and the charming shuffle of the Big Easy on parade.”    NEW YORK MAGAZINE

"While playing, the pianist sometimes gets antsy and stands up, a la Jerry Lee Lewis. It's a move that reminds just how physical his music can be -- especially a piece like "Mojo Rhythm." Splash is part of this group's persona. This summer at Newport they made groggy morning crowd act midnightish. For the last three years at this downtown venue, they've been making a midnightish crowd act rockish (meaning whoopish). Blending pop, bop, pulse, and clatter, they get to a place that swings on its own terms. And they entertain as well. Prep for the Halloween gig by donning your 'anything goes' psyche." Jim Nacnie,  VILLAGE VOICE

“This disc (Live at Rockwood) demonstrates that Scott's vision of bop is a deeply personal one, which can be either cozily swinging or devilishly tricky.... Pianist Dred Scott and Co. play jazz breezy enough to get your toes tapping, yet eccentric enough to tease your brain."                               TIME OUT NEW YORK

“[Live at the Rockwood Music Hall] is the Dred Scott Trio’s tribute to one of its most frequent gigs in New  York. In a city where regular engagements are more and more scarce it is a beautiful thing to see the  relationship this band shares with a venue; Live at the Rockwood Music Hall is a beautiful showcase of this dynamic piano trio.  One comes away from this album thinking jazz is still alive and kicking.”       Christopher Shue,  ALL ABOUT JAZZ – NEW YORK

“Scott is not a fine -- in fact, magnificent -- pianist, he is a fine, magnificent all-around musician.”  Phil Elwood, SAN FRANCISCO EXAMINER

"...a disciple  of psychedelic subterfuge, couple with post-cool intensity..."

“Scott’s a fast, sometimes pyrotechnic pianist in the Kenny Barron mode, but more playful and stylistically diverse, as adept at ballads as he is barrelling along at full throttle. There’s a fearlessness and a completely out-of-the-box sensibility in his playing and his writing that ultimately goes back to punk rock.”

“Jazz. Not a big fan, except when it’s live, alternative, and alcohol-inspired. Dred’s trio hits the mark,  captivating listeners, especially during those late night Tuesdays at the Rockwood.”  Peter Harris, Indie Sounds NY “top 10 of 2005”