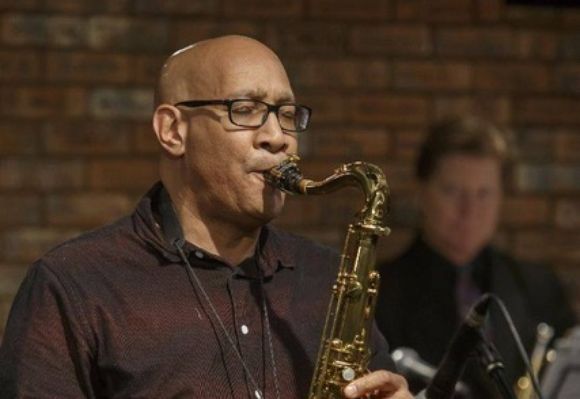 Whether you heard him playing Lead alto during his 18 year tenure with The Count Basie Orchestra, or playing tenor saxophone with Paquito D’Rivera or baritone saxophone with Abdullah Ibrahim or clarinet solos with The Duke Ellington Orchestra, Marshall is a cat who can play.  Born in the city of Pittsburgh, known for it’s long jazz history, he keeps joy at the heartbeat of his playing.   “Music should touch the soul, move the mind and spirit, and take the listener on a journey.  Music is of the heart.” Marshall McDonald

Marshall brings the years of playing with Lionel Hampton, Count Basie, Duke Ellington, Chico O’Farrill and Paquito D’Rivera to the bandstand with him for each show.  The Marshall McDonald Jazz Project goes back over 15 years, comprised of the finest of New York musicians, with a repertoire of originals and hip standards.  Marshall has played on 3 Grammy Nominated recordings and he plays baritone sax on the Paquito D'Rivera album Tropicana Nights which won the GRAMMY AWARD for Best Latin Recording in the year 2000.  In addition, maybe you caught a close up of Marshall in the Pierce Brosnan movie, The Thomas Crown Affair playing with The Chico O’Farrill Orchestra during the ballroom dance scene!

If you like The Count Basie Orchestra, you can hear that same joy and dance in the music of Marshall McDonald, having played lead alto in the swingin’ big band for almost 20 years, playing venues such as Carnegie Hall with Nancy Wilson, The Tokyo Blue Note with Dee Dee Bridgewater, The Nice Jazz Festival, The Monterey Jazz Festival, and the Sydney Opera House in Australia.  Playing Lead alto in the Basie Band was the thrill of a lifetime, and he keeps the thrill going in his small group bands.

Marshall began by playing clarinet at age 10, with his first years of studies on classical clarinet with Principal Clarinetist Thomas Thompson of The Pittsburgh Symphony.  But it was a Louis Armstrong recording that changed his life, he heard Barney Bigard playing along side of Louis, and in a moment, he decided to play jazz!

"Marshall has that pure clarinet sound!  He has that sound of the symphony players!"  ---Lionel Hampton

"I find Marshall McDonald to be one of the finest musicians that I know.  His work in my band is always excellent!" ---Charli Persip