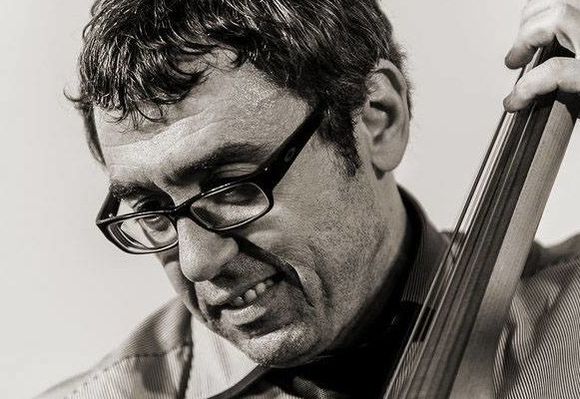 Since moving to NYC in 2005, Ark Ovrutski has had a busy career free-lancing with many of the great jazz musicians from many generations, including: James Spaulding, Curtis Fuller, Carmen Lundy, Gregory Porter, Steve Williams, Larry Willis, Javon Jackson,Duduka da Fonseca, Cynthia Scott, Jim Rotondi, and many others. Ark’s most signiﬁcant original contributions in jazz are his three recordings as a leader and composer, “Sounds of Brasil” (self-released, 2010), “44:33” (Zoho, 2014) and “Intersection” (Origin, 2016). These three recordings are consisted basically of Ark’s remarkable original compositions.

Ark’s album “44:33” (2014) features Michael Dease and Ulysses Owens and was released on the recording label ZOHO. This CD was nominated by DOWNBEAT in the section PLAYERS in June 2014 and got a lot of positive feedback including jazz major media. This was confirmed by several articles in the famous jazz magazines besides “Downbeat” - “New York City Jazz Record.”, “All about jazz”, “Elmore”,”Cadence” “Latin Jazz Network” etc.