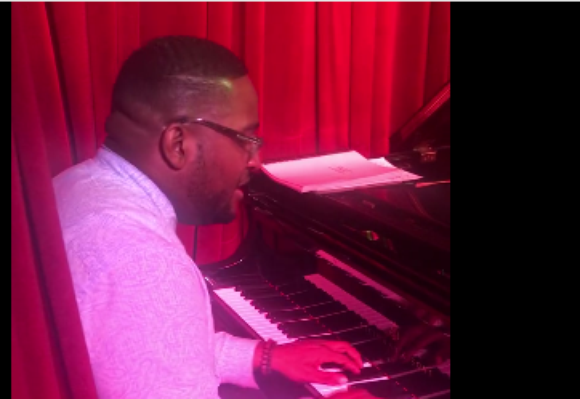 Keith L. Brown is a pianist, composer, arranger and educator. Born in Memphis and

raised in Knoxville, TN, Keith began playing piano and bass at an early age. Raised in a

musical family, both Keith's parents played music and many of his aunts and uncles are

exceptionally musically talented as well. His father Donald Brown is a world renowned

old. His father helped nurture Keith’s musical ambitions by teaching him how to play his

original compositions and jazz standards. Keith and his brothers, Kenneth (drums) and

Donald Jr., were deep into hip-hop and rap music growing up. Keith began to study jazz

seriously after he graduated high school. It was at this time that he really began to be

influenced by other great Memphis pianists such as Phineas Newborn Jr., James

Williams, and Mulgrew Miller. By age 18, Keith was playing piano and bass around

Knoxville in a variety of jazz, r&b, funk, and country bands. Later Keith would go on to

2009 and completed his Masters of Music Degree in May 2011. Currently Keith resides

composer both nationally and internationally.

Since he began playing jazz at the age of 18, Keith has been fortunate to perform and

record with some amazing musicians both as a leader and a sideman. Keith currently

with great jazz artists such as Camille Thurman & The Darrell Green Trio, Dezron

Bobby Watson to name a few. Keith continues to draw inspiration from his roots in R&B,

these influences. "I always try to write and perform in a way that is intellectual but that