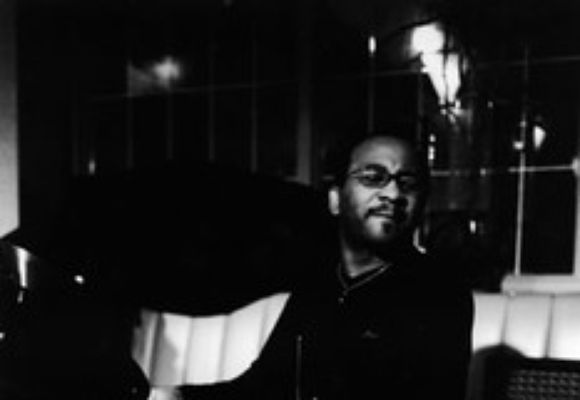 Alvin R. Atkinson, Jr. (drums) grew up singing and playing music alongside his parents who were the directors of the gospel choir at their church. A drum student at age 8, he was content to play gospel music until by chance he heard a Stan Getz and Elvin Jones recording and by his own admission was "hooked on jazz." The Marsalis brothers encouraged him to play jazz and now he balances a very demanding career as a performer and an educator.

Alvin tours throughout the US and abroad with his group, The Sound Merchants and with other artists like Tom Browne, Mo' Jamaica Funk, 1996-2001 and Grammy nominated Nnenna Freelon, Soul Call tour, 2001. He created sound effects for the theatrical production of Red Badge of Courage at the Kennedy Center, 2002. In 2005, he participated in Jazz at Lincoln Center's workshop with Paquito D'Rivera and their Jazz in Schools tour.

Alvin served as the Visiting Professor of Drum-set Studies at the University of Manitoba in Winnipeg, Canada teaching Jazz ensemble, vocal rhythm seminar and private lessons during the 2004-2005 school year. Prior to that, he served as Professor of Drum-set Studies for University of North Carolina at Wilmington. Alvin currently teaches Jazz Language and Rhythm Studies at Jazz at Lincoln Center's Middle School Jazz Academy, and he teaches private lessons and serves on the audition committee and the sophomore jury committee at The New School for Jazz and Contemporary Music in New York City.