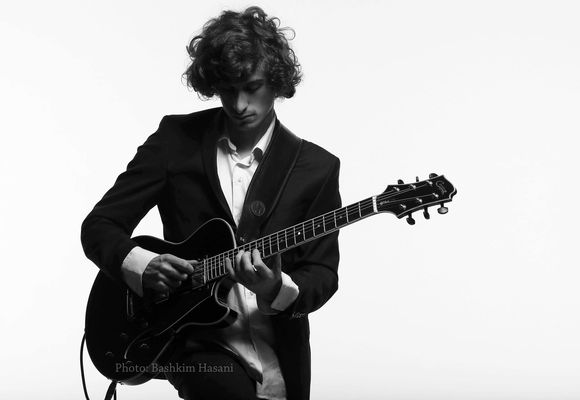 As a youngster in war-torn Kosovo, Taulant Mehmeti amazed local audiences with his songwriting talent and musicianship. Under the mentorship of renowned local jazz guitarist Armend Xhaferi, he developed into a leading jazz player in Kosovo and Albania.

Now an active performer on the New York scene, Mehmeti has played, as a leader and a sideman, in venues including Blue Note, B.B.Kings and Iridium just to name a few.

Taulant Mehmeti recently graduated from The New School for Jazz and Contemporary Music, holding the distinction for being the first jazz guitarist from Kosovo to study there.