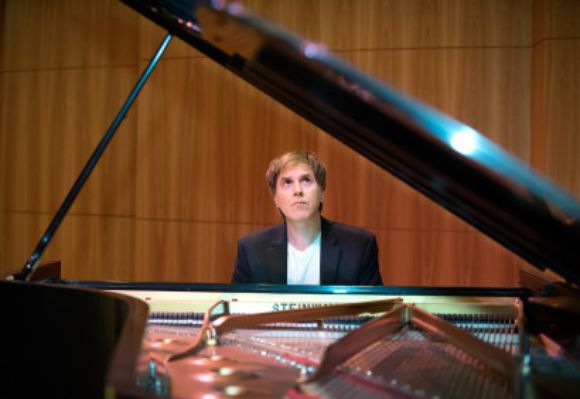 Jon is an artist who deftly combines the unknown with the known. Listening to the wondrous sounds he makes at the piano, audiences can never be sure where he will take the music next. There can be a palpable sense that they are hearing a feeling, harmony, melody or rhythm they may be familiar with, and at the same time, they are likely to be figuratively on the edge of their seats, excited, gratified that they are being taken on a musical adventure unlike anything they may have experienced previously.

Jon comes by this strong sense of musical adventure honestly. Having been born with it is the most obvious explanation, but, for example, in performing hundreds of sets with saxophone great Joe Henderson, Jon was never a passive participant. Even when he was ‘laying out’, or ‘strolling’, Jon was observing Henderson (or Roy Haynes, who played with the band on several occasions), with a keen sense and an even quicker ear. The same applies to the time Jon spent with fellow pianist and friend Paul Bley. They played, they hung out. They recorded; they played 2 pianos in concert. Very few pianists have played and recorded duo pianos with Paul Bley, aside from Bill Evans ("Jazz in the Space Age"), as Paul pointed out to Jon before their first studio collaboration.

No matter whom Jon has played with (*see extended list below), Jon has observed, Jon has listened and learned, all the while honing his own wit and otherworldly musical skills in the company of his contemporaries and the masters he has shared the stage and recording studio with. This continues unabated today (i.e., recent performances with saxophone greats Dave Liebman, Seamus Blake, Phil Dwyer and trumpet virtuoso Ingrid Jensen), though Jon is also now enjoying mentoring and inspiring younger musicians intent on the most creative paths in music.

In the past two and a half decades, Jon has performed critically acclaimed solo piano concerts and with his stellar quartet at venues and major music festivals across Canada, Japan, the USA, The UK, Ireland, Sweden, Finland, Denmark, Holland, France, Germany, Italy and Israel.

Whether he’s performing his original compositions, virtuosic two-handed spontaneous improvisations, or reworking jazz standards in his own innate, organic way, Jon Ballantyne’s openness, originality and inborn creativity always inform his music, much to the delight of his listeners.