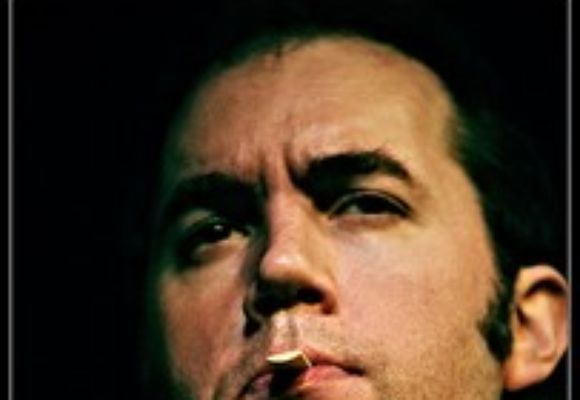 “The first time I heard Will Vinson, I was totally blown away -- so much so that I started trying to play alto again.  An ill-fated attempt.  But I'm still listening to Will every chance I get.  And each time, I'm even more inspired, humbled, and, quite frankly, terrified.”

Originally from London, Alto Saxophonist/Composer Will Vinson moved to New York City in 1999, and has remained there ever since. Since his arrival, he has appeared and/or recorded with Gonzalo Rubalcaba, Jonathan Kreisberg, Kurt Rosenwinkel, Marcus Gilmore, Mark Turner, Chris Potter, Geoffrey Keezer, Lage Lund, Ari Hoenig, John Benitez, Seamus Blake, Alan Ferber Nonet, Aaron Parks, and many others.

Will is a member of a number of leading New York ensembles, including drummer Ari Hoenig’s Quartet (Will is featured on Inversations and Seraphic, Ari’s CD’s on the Dreyfuss label,and Punk Bop – Live at Smalls, on Smalls Live) Lage Lund’s Quintet, Pedro Giraudo’s Mr. Vivo, an Argentine Jazz ensemble with 3 CD’s under its belt, and guitarist/composer Jonathan Kreisberg's Quintet and Quartet (The South Of Everywhere 2007, Shadowless 2010).

Will has an international reputation as a leader and sideman. All About Jazz New York describes Will as playing “with a relentless force”. After a performance at the Pizza Express Soho in London, Jack Massarik (London Evening Standard) described Will as "the thinking man's alto saxophonist... Britain's Greg Osby", and John Fordham of the Guardian described a "superb solo of rugged leathery sounds turning into mellifluous high notes, his secure control and storming energy occasionally reminiscent of Bobby Watson." Time Out London calls will an "exciting young altoist with a lethal approach to writing and soloing”.

Will has released 4 CD’s as a leader/composer. It’s For You (Sirocco Jazz, 2004) was described as “combining a thoughtful originality of conception with energy and fluidity of execution in very satisfying proportions” (Jazzwise magazine), and “an auspicious debut, an album that is as mature in its conception as it is in its execution” (All About Jazz New York).

2010 saw the release of two CD's: The World (Through My Shoes), a live recording was described as "marvelous" by Downbeat and "exhilarating, cascading... outstanding" by Jazz Times. Stockholm Syndrome (Criss Cross Records) came out in September 2010.

Will has appeared with his own group and as a sideman in the USA, Canada, the UK, France, Germany, Norway, Sweden, Denmark, Italy, Spain, Ireland, Portugal, The Netherlands, Belgium, Austria, Switzerland, Australia and Japan. His musical experience has not been limited to Jazz. Will is a member of Rufus Wainwright’s band, which toured for 10 months in 2007/8. He has also performed, arranged and/or recorded with Sufjan Stevens, Sean Lennon, Martha Wainwright, Beth Orton and Harper Simon.