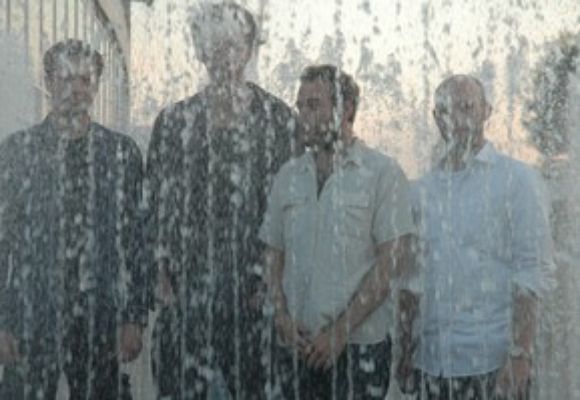 The Brooklyn based Elan Mehler Quartet released their debut CD Scheme For Thought on Brownswood Recordings in the fall of 2007. Discovered by international taste maker Gilles Peterson, while playing in a hotel lobby in Switzerland and quickly signed to the burgeoning label, the band has spent much of this year touring through Europe, in Amsterdam, Paris, Berlin including a celebrated appearance at Queen Elizabeth Hall in London. Using a unique instrumentation of piano, fender rhodes, bass and tenor sax, the quartet creates truly unique sound scapes.

It's wistful, dreamy, beautifully executed music, like the soundtrack to a romantic movie - but its avoidance of handy get-outs such as catchy grooves, idiomatic references or big climaxes marks it out as a confident statement.

[Mehler] avoids the ear-bleeding blandness of smooth jazz, focusing on the shimmering organic resonances created by acoustic piano, Fender Rhodes, double bass and tenor sax to form an intimate quartet. The mellow masterstroke is the absence of a drummer, or indeed any percussive sounds whatsoever. Instead hypnotic waves of interlocking chords of piano and Rhodes, softly pulsing bass and honey-toned tenor sax weave seamlessly into bonsai-sized melodic gems. ((Label boss Peterson was himself entranced by the lanky Brooklynite's slow musical alchemy when he discovered him while kicking back in a swanky Swiss hotel, when Mehler picked out the album's title track on the lobby piano. Filling the quietly intelligent' slot among Peterson's twenty first-century stable of neo-jazz talent (including the bombastic Heritage Orchestra and laconic neo-soul boy José James), acid jazz this ain't. There's also a very un-NYC romantic melancholy bubbling under here, too, a brooding elegance that acts as an audaciously slow antidote to the perspirations of fast hard bop&Seek them out and discover a refreshingly slow answer to our trashy nanosecond pop culture.

"His distinctive sound is unlike anything else coming out of New York and if the quartet manages to stay together, it could mark a new exciting presence on the international scene."

This is beautifully calming music, inwardly-routed and pensive, the players circling around each other in a luminescent pool. Notes are carefully enunciated, making slight repeats, returning figures whilst they're mulled over at length. It's a jazz balm&