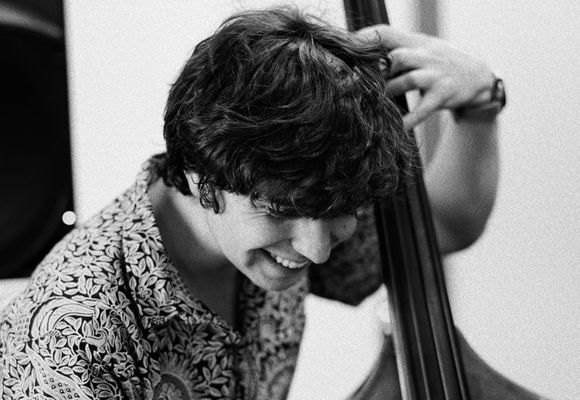 Simon Willson is a Chilean born, Brooklyn-based bassist and composer. After graduating from High School, Willson decided to pursue his musical studies in the United States. He graduated from the prestigious New England Conservatory in Boston. Since moving to New York in August of 2017, he has quickly become established as an eclectic and in demand sideman. He has toured with a host of different artists in Europe, the US, and South America. He has worked as a sideman with a number of relevant jazz figures, such as Ethan Iverson, Rodney Green, Michael Blake, Steve Cardenas, Jim Black, Jason Palmer, George Garzone, Frank Carlberg, Noah Preminger, as well as in the bands of contemporaries such as Kevin Sun, Max Light, among many others. In addition to his sideman work, he co-leads the bands Great on Paper, Family Plan, and Earprint. The latter won the “best debut album” category of the NPR Music Jazz Critics Poll in 2016.