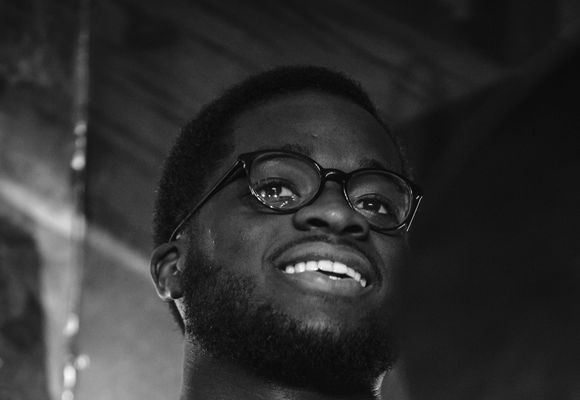 Malick Koly is a rapidly up-and-coming young jazz drummer and composer working in the vibrant New York City scene. He was born in Abidjan, Cote D'Ivoire and spent his early childhood traveling and Studying music all around the globe alongside his parents, the famed Malian singer-songwriter-dancer and actress Awa Sangho, known as 'The Golden Voice of Mali' and renown Franco-Guinean musical impresario, director and playwright Souleymane Koly. Malick was lucky to start his musical journey around leading voices of West Africa, such as, Paco Sery, Cheick Tidiane Seck, Salif Keita and Oumou Sangare to name a few. At age 12 he moved with his mother and step father the renown percussionist Daniel Moreno to the United States where he attended Saint Helena High School in California where he excelled at drumming and completed his secondary school studies. Upon graduating high school, he moved to NYC to study in the Jazz and Contemporary Music program at the New School. He was mentored by Reginald Workman, Billy Harper, Wallace Roney, Antoine Roney, Will Calhoun, Nasheet Waits, Michael Carvin and others, and began playing professionally as a sideman in the bands of Wallace Roney, Charles Tolliver, Charnett Moffett, Curtis Lundy, Bill Saxton, Marc Cary, and Brooklyn Raga Massive to name a few. Malick is a prolific composer, and formed his own band "Malick Koly and Kounadya" in 2016 and held the band's debut performance at the Jazz At Lincoln and have been playing since at major festivals, such as Nublu Jazz Fest and Winter Jazz Fest. Malick has been playing since the age of two years old and writing since he was 13, his compositions draw both from his deep love of hard-bop, Blues, and West African Music -- Wayne Shorter, Art Blakey, Salif Keita, Joe Zawinul, Elvin Jones, Freddie Hubbard are chief influences, as they also reflect the rhythms of his West-African heritage.