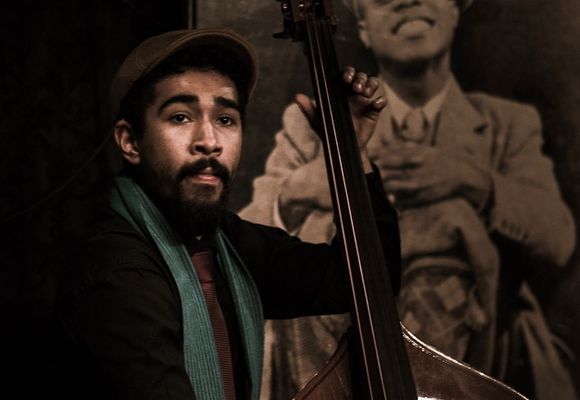 Born and raised in Queens, NY, Malik McLaurine is a young rising Bass player on the scene. Still residing in Queens, Malik attended the renowned SUNY Purchase Conservatory of Music where he studied under Doug Weiss and Todd Coolman. Although his time at SUNY Purchase prepared Malik for his arrival to the New York scene, he attributes most of the credit for his success to his lessons with his father, the amazing Bass player, Marcus McLaurine. Since graduating in 2016, Malik has played and recorded with Jon Faddis, Abraham Burton, Patience Higgons, David Gibson, Eric McPherson, Ed Cherry, David Bryant, Antoine Rooney, Gerry Eastman, Jovan Alexandre, Duke Ellington Orchestra, and George Gee Orchestra. Malik also performs with Starchild & The New Romantic which is an R&B Funk band lead by Bryndon Cook.