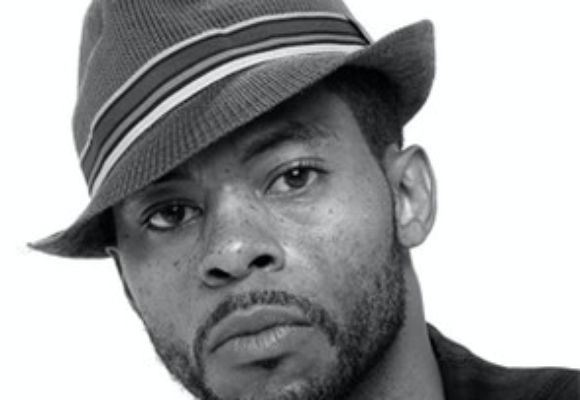 Return to Roots: Marc Cary's FOCUS Trio Revisits Acoustic Jazz Marc Cary stands on an unshakable reputation as pianist dedicated to the craft. His fresh styling shows his expansive vocabulary. Cary's earnest orientation towards jazz, where much of his musical foundation lies, proves that he has internalized the idiom. Take his seminal masterwork, Rhodes Ahead Vol 1., released in 2000, is considered by many to be a classic; the Fender Rhodes-laden record signifies 70s free jazz, where the electric piano was often-times the sonic weapon of choice. This time around, Cary is going retro and returning to a full acoustic setting. With the FOCUS Trio, featuring Samir Gupta on tabla and drums and David Ewell on bass, Cary's current vision is to bring together East Indian, West African and Native America musical traditions together in an all acoustic setting and blending it into African-American musical culture: jazz. "Jazz is the rhythmic approach I'm coming from with FOCUS Trio," explains Cary. FOCUS Trio will release Focus on Motema on June 27. Cary has had a penchant for cross-cultural musical fertilization. He has fronted several ensembles, each one different musical directions.

Indigenous People, which mixes acoustic, electric and is heavily percussive, is an group that Cary constructed in 1998 and he refers to it as the blueprint of his signature sound. Indigenous People recorded a live album in Brazil in 1999 which was positively received. Cary also leads the XR Project (Crossroads Project) which he explains as an extension of Indigenous People but with more of an underground and hip hop flavor. Crossing over additional musical territories, Cary produces house music and electronica under the handle, Marco Polo and has recently worked with Louie Vega. Cary has been an architect of the zeitgeist that championed the organic, acoustic sound during the late 80s, early 90s. He was part of the Young Lions collective that included trumpeter Roy Hargrove, on which Cary was part of the personnel on albums like The Vibe and Hardgroove, staples in Hargrove's catalog. Cary's own discography list solo records such as 1995's Cary On, 1997's Listen and 1998's The Antidote, have been each received with critical acclaim. Cary foray into music began with playing drums and trumpet.

As a youth in Washington, D.C. he paid dues as a member of the Hi Integrity Band and Show, one of the many Go-Go bands that defined the D.C. musical scene. His family carries a musical tradition: his great-grandmother played piano at local movie houses, her partner was Eubie Blake; his mother is a visual artist and father played trumpet. Cary received a formal education from Duke Ellington School of Art. As an emerging artist, his circle of mentors included John Malachi, Mary Jefferson, Nat Turner. By age 18, he found himself playing with the Dizzy Gillespie Youth Ensemble at Wolf Trap. In the spirited style of D.C. jazz pianists like Duke Ellington, Shirley Horn, John Malachi, Cary continues in that tradition of innovation composition. Cary has played and recorded with an impressive roster of musicians: Me'Shell NdegeOcello, Dizzy Gillespie, Betty Carter, Arthur Taylor, Abbey Lincoln, Erykah Badu, Jackie McLean, Clifford Jordan, Carmen McCrae, Milt Jackson, Curtis Fuller, Eddie Henderson, Arthur Taylor, Frank Foster, Wynton Marsalis, Max Roach, Shirley Horn, Ani Difranco, among a host of other talents.

As Marc Cary evolves as an artist, is it clear that his body of work will continue to expand with cerebral compositions and impressive projects. It is evident that Cary lives as a true jazz musician would, composing from the heart, approaching the music with an evident freedom in his vision.