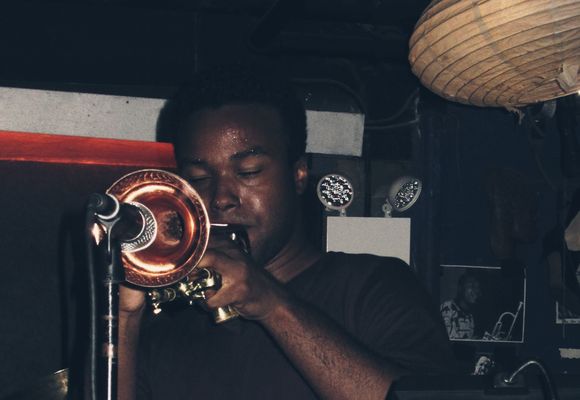 Music has always been a part of Wallace's family pedigree. His father being world renowned trumpeter Wallace Roney(Sr.), as well has his mother being Universally acclaimed Pianist Geri Allen.

Growing up in a household full of music, it wasn’t long before Wallace took a serious interest in playing trumpet. His idols included trumpet giants such as Kenny Dorham, Miles Davis, Freddie Hubbard, Woody Shaw, Lee Morgan etc... At age 10 after showing enormous interest in playing, and a willingness to study harmony, his father gifted him his very own horn.

Since then, Wallace has shared the bandstand, and garnered the approval of many legends the likes of which include Chick Corea, Jimmy Heath, Charles Tolliver, Lenny White, Buster Williams, Jack DeJohnette, and the late great Ornette Coleman just to name a few. Wallace, a graduate of the prestigious Oberlin Conservatory of music, continues to play in numerous venues and performance spaces across the U.S and internationally, and remains a sought after trumpeter in the New York/New Jersey area.