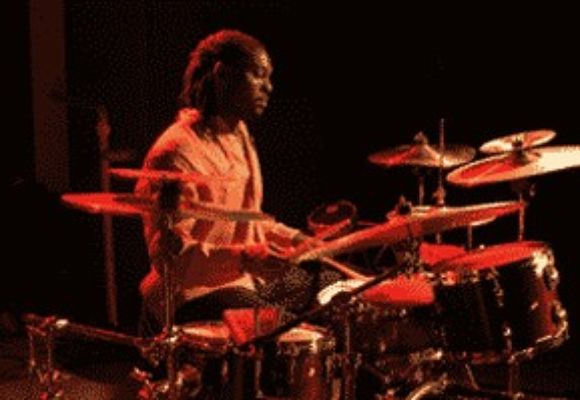 Clarence Penn ranks high among drummers who are versatile and savvy enough to play any style of music. Having played in a semi-professional capacity since the age of 15, Penn has toured, performed and recorded with a veritable who's who of musical stars, including Betty Carter, Ellis Marsalis, Wynton Marsalis, Jacky Terrasson, Roberta Flack, Dizzy Gilespie, Dianne Reeves, Cyrus Chestnut, Stephen Scott, Steps Ahead, Mike Stern and Rachel Z. He is probably one of the most sought after drummers of his generation on the scene.

Growing up the second of three children in his native Detroit Michigan, Penn got his first drum set as a third grader, picking the drums as his instrument of choice rather by chance. "My neighbor played the drums," remembers Penn. "And I would hear him practicing everyday when I came home from school." Although Penn admits to not wanting to practice, he nevertheless continued taking drum lessons, eventually reaching a level of competence on the drums that afforded him the opportunity to spend his last year in high school at Michigan's prestigious school of fine arts, Interlochen Arts Academy. There Penn toyed with the idea of pursuing a steady classical career, but was quickly drawn to the ultimately rigorous routine of a free-lance musician .

A gig with grown-ups changed Penn's life. Asked to perform with a group of his teachers for an event away from school, Penn eagerly accepted. "That experience combined with what I was already being exposed to at school gave me the desire to pursue the drum set more seriously." Back at Interlochen, Penn later formed a band with some other students, performing regularly at various school functions.

Upon graduation, Penn headed for the University of Miami, attracted by what he perceived to be a diverse program in jazz and classical percussion. But a little more than a year later, Penn transferred to Virginia Commonwealth at the suggestion of Wynton Marsalis whose father, Ellis was a faculty member. "I met Wynton in tenth grade," Penn says. "He came to my high school and kind of became my mentor for the next few years. He would often advise me on what to do."

Apparently there were others, in addition to Wynton, who were paying attention to Penn's burgeoning talent. In 1989, Penn received a grant from the National Endowment for the Arts (NEA) to study with the late, renowned drummer, Alan Dawson. "I took private lessons with Alan in Boston during my summer break from school at Virginia," Penn says. "It was a great experience. Alan was one of the best teachers I've ever had."

In addition to receiving the illustrious grant from the NEA, Penn, after only six months at Virginia, was asked by Ellis Marsalis to join his trio. The group would gig on the weekends, or take a four day weekend, but as Penn remembers, Marsalis would "make sure that I did my work." 1990 witnessed Penn accompanying Marsalis, Wynton Marsalis and bassist Reginald Veal to Japan to perform at the famous Mt. Fuji Jazz Festival. There, Penn met Lewis Nash who had the opportunity to hear the young drummer play. Impressed, Nash kept Penn in mind, and when the chance arose, recommended Penn to Betty Carter during one of her many searches for a talented musician, this time a drummer. Nash gave Penn such a glowing recommendation, Carter hired him without an audition.

Remaining with Carter for several years, Penn went on to play with Stanley Clarke and soon after became a part of the Cyrus Chestnut Trio and the Stephen Scott Trio. In 1995, Penn joined the popular fusion group Steps Ahead, recording with the group two albums, one of which included a composition penned by Penn. He has additionally recorded and performed with David Sanchez, Slide Hampton, Freddie Hubbard, Kenny Barron, Makoto Ozone, Kevin Mahogany and the list goes on.

"It's important that other people know my versatility, sensitivity and professionalism," says Penn. "I'm very serious about what I do, and I want people to know that I can do the job that I'm called to do."

In 1996, the esteemed independent jazz label Criss Cross invited Penn to record his first album as a leader titled Penn's Landing . In 1997 "Penn's Landing" was chosen by the New York Times jazz critics as one of the best records of the year.