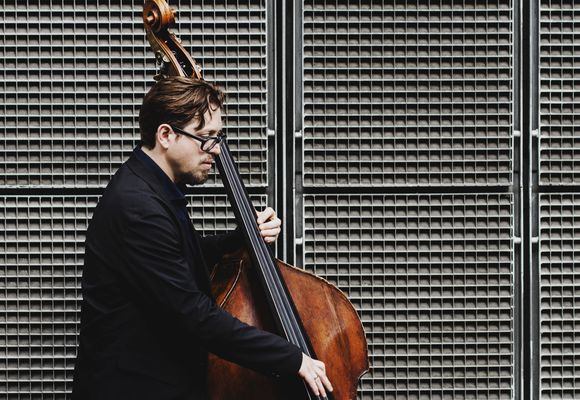 Bassist and bandleader Josh Ginsburg is a regular fixture on the world's concert stages and jazz clubs. His music has been described as “vigorously fresh” (Irish Times) and “reveal(ing) itself in gradually unfolding layers” (JazzTimes); his most recent album as a leader, "Zembla Variations”, was chosen as an Album of the Year by the New York City Jazz Record. Josh’s bass playing, Financial Times (London) writes, is “a rock of counterpoint, funk and swing”

Josh was born in Baltimore, Maryland, where he absorbed some of that city's musical roots. “I think there was a rhythmic intensity that I learned in Baltimore from the very beginning, as well as a deep love of the jazz tradition.“ Josh went on to study with jazz trailblazer Jackie McLean: ”From Mr. McLean I learned the value and beauty of melody and lyricism. But even more importantly through him, and through the many great musicians I have worked with over the years, I began to see what I value the most in all my musical experiences, the open-hearted spirit of a true improvisor."