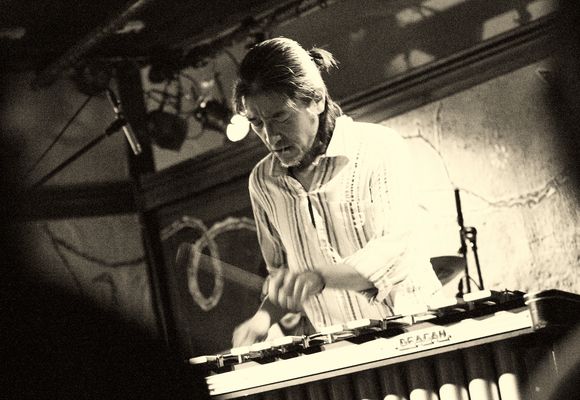 Yusuke Yamamoto
Born in Japan, Yusuke Yamamoto began studying the organ at age 5, percussion at age 11 and joined a local symphony orchestra soon after. He majored in percussion at Kunitachi College of Music in Tokyo, and began his career as a classical percussionist while attending college. When his interests later turned to improvisation and jazz, he was awarded a full scholarship for further studies at Berklee College of Music in Boston. While in Boston, Yusuke studied the vibraphone with Gary Burton, Ed Saindon and performed in numerous concerts, in addition to composing, recording and publishing various works. In 1995, he moved to New York City, where he formed the "Golden Monkeys" and released its first self-titled album in 1998. Produced and released his solo project, channel U's albums, Ape-Man Talking(1st), So Possible (2nd) and Gamelan Ambient album ”Shadow Motion”
Living in NY, Yusuke is a multi-instrumental musician. His unique sound is a blend of Asian, Brazilian and African music, as well as jazz, electronica, dub, rock and contemporary classical. He is currently active with his solo project, channel U, and collaborates with several musicians and groups.