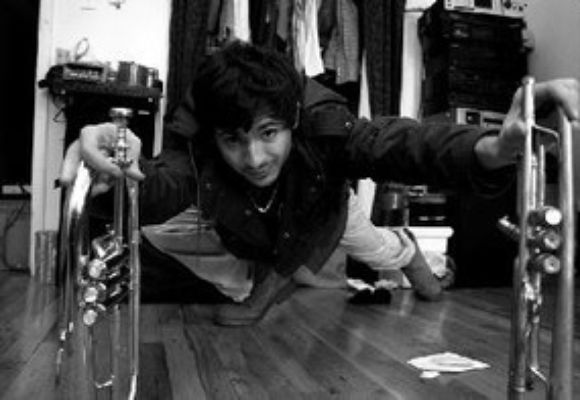 Eric Biondo is the leader of The Eric Biondo Quartet, a jazz band that has been known to expand and contract as needed. The product of a musical family from Buffalo, NY, Eric discovered the trumpet at a very early age. While attending Hutchinson Central Technical High School he co-founded the smooth jazz band Straight Forward, opening for such greats as Grover Washington Jr. and Maynard Ferguson. He earned his degree in Jazz and Contemporary Media from the Eastman School of Music in Rochester, NY. In 1998 he won the Downbeat Magazine Award for Outstanding Jazz Group.

Eric's first New York City musical experiences upon moving in 2000 were with William Parker and Billy Bang. He also led legendary [Miles Davis Producer] Teo Macero's Millennium Big Band. For three years he was featured as part of the Dave Douglas/Jon Nelson/Roy Campbell Festival of New Trumpet Music in NYC. He has performed and/or recorded with Medeski, Martin and Wood (Rope-a-Dope), Spanky Wilson (Quantic), Joe Lovano (Blue Note), The Either Orchestra, The Barbarians, and many others. Since 2003 he has been a member of the Afrobeat orchestra Antibalas, touring throughout North America and Europe. He is also a member of Davy Jones' touring band.