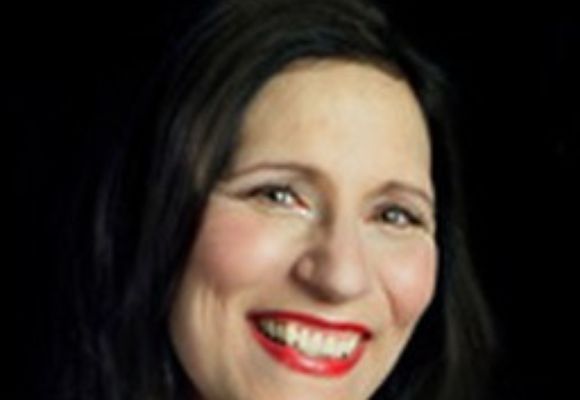 Stiles writes and plays brilliantly with great respect for melody and clarity. She is an authentic original, says Dave Frishberg about pianist/composer/arranger Joan Stiles. Bill Milkowski compares her to piano legends when he writes, swings with wit and verve brimming with the joyous flair of a Wynton Kelly or Erroll Garner.

On Hurly-Burly, her 2nd CD (July 17th release on Oo-Bla-Dee Records) Stiles presents originals and exciting new arrangements of compositions by her major influencesthe great pianist/composers Duke Ellington, Thelonious Monk and Mary Lou Williams. Hurly-Burly features an all-star ensemble of world-class musicians, Jeremy Pelt, Steve Wilson, Joel Frahm, Peter Washington and Lewis Nash. In the liner notes, Doug Ramsey writes, Adventure, daring, exuberance and wit inform this second collection by the New York pianist and composer&I can't think of a new recording in years that's given me more enjoyment. He praises her arrangements, the vigor of her piano work, the musicianship and camaraderie of the band and how she weaves into her modern piano style the blues, swing, stride and boogie that still inspire her.

About the genesis of the project, Joan explains, I titled the CD after my composition of the same name, an homage to Mary Lou Williams, whose maiden name was Burleyhence Hurly-Burly. Although this isn't a tribute album per se, many of the selections evolved from my 'Mostly Mary Lou concert series in which Jeremy, Joel, Steve and Lewis have all played.

Since 2000, Stiles has been actively involved with the music of Mary Lou Williams. She re-arranges and performs this repertoire in her "Mostly Mary Lou" concert series and has also presented lecture/demonstrations entitled Mary Lou Williams: The Lady Who Swings the Band. Her Mostly Mary Lou quintet was featured at the Kool-Knowledge Conference on Mary Lou Williams at the Institute of Jazz Studies at Rutgers and an analytical article, Waltz Boogie: Unity, Inflection and the Blues will be published in an upcoming issue of the Journal of Jazz Studies (Rutgers). Last year, Hurly-Burly (J2Mary Lou) was performed by Chuck Owen and the Jazz Surge at the Jazz Composers' Symposium at the University of South Florida; Dave Douglas, John Clayton and Bob Brookmeyer were the guest panelists.

Joan Stiles has led a very eclectic musical life. As a teenager, although her two favorite records were by Thelonious Monk and Bill Evans, she sang and played in pop music groups and in college, seriously studied classical piano. While still in graduate school, she taught classical theory at Brooklyn College, worked as an accompanist on harpsichord and piano, and wrote instructional articles for music magazines. But Jazz was never far from her heart and she pursued her interest in the music while at the same time earning advanced degrees in classical music and jazz--and raising two children. One rainy evening en route to a concert of Duke Ellington's Black, Brown and Beige, she slipped on a cellar door in and suffered multiple fractures of her left wrist. Following surgery and a long recuperative process, her commitment to Jazz was strengthened and she began to work regularly in concerts and NY area clubs.

For her 2004 debut recording, Love Call (Zoho) Stiles wrote arrangements for an all-star octet with special guests, Frank Wess and Clark Terry. Love Call was on many Top Ten lists for 2004Cadence Magazine Editor's Choice, JazzWeek Radio #9 and was cited by Frequency Media as one of the best new and emerging artist releases on their Artist Breakthough Chart. The opening track on Love Call, Spherical (a homage to Thelonious Monk) has been published in Jazz Piano Pieces to Grow On, the latest volume in the popular series from The Steinway Library of Piano Music.

Joan Stiles is also an active Jazz educatora full-time faculty member of Manhattan School of Music and instructor of theory and piano at the New School University Jazz Program.

A review of a Mostly Mary Lou concert sums it up, Stiles is a skilled musical architect, dedicated to the craft of balance and dynamics, of blend and boldness. She is more than just a graceful interpreter of Mary Lou, Duke and Monk; her playing illuminated the masterpieces she made her own.  Michael Hochandel, The Daily Gazette.