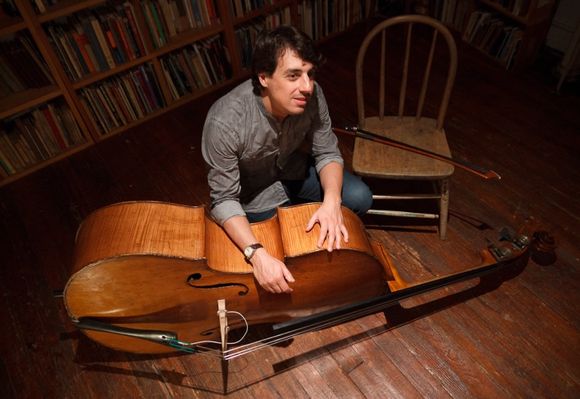 In 2012, Andrea Veneziani released Oltreoceano, which marks his debut as a leader. The album explores the classic formula of the jazz piano trio from a contemporary perspective, combining elements of both European and American music culture. Oltreoceano, which translates from Italian as “overseas”, displays Veneziani’s ability to balance a studied approach to music with a more instinctual understanding of the music language. The result is a recording that exhibits a high degree of interplay, dynamic contrast and lyricism. “Andrea’s music is very melodic, his playing is also from the heart” says Kenny Werner, renowned pianist featured on Oltreoceano. The album has been distributed worldwide and has received international critical acclaim, attaining recognition as one of the best releases of the year by many jazz publications, including the prestigious magazine Jazziz. Radio France and several American radio networks have also internationally broadcast some of the album’s original compositions written by Andrea Veneziani.

As a current faculty member of the New York Jazz Workshop, Andrea Veneziani is a dedicated educator. He has taught master classes and workshops at the National Institute of Music and the National University of Costa Rica, the Boğaziçi University in Istanbul, Turkey and the Olav Duun Videregående Skole in Namsos, Norway. He also served as an adjunct faculty at New York University’s Steinhardt Department of Music and Performing Arts Professions, where he graduated in 2011 with a Master of Music in Performance with a Concentration in Jazz.

Before arriving to New York City in 2009 on a scholarship from the Fulbright Commission for Educational and Cultural Exchange between Italy and the United States, Andrea Veneziani lived in his native country of Italy. Born in Pescia, a small city in Tuscany, he relocated to Rome with his family in 1992, where he commenced his musical education. Starting with the electric bass and playing every style of music with diverse bands, he gradually developed a further interest in jazz and improvisation and began the study of the double bass, as well as composition and arrangement. During these formative years, he gained valuable experience performing at many prominent jazz festivals in the country like Umbria Jazz, Teano Jazz Festival, Novara Jazz Festival, Festival del Sassofono, Jazz alla Fioreria, Barga Jazz Festival, Terni in Jazz, Ciampino Jazz Festival, Villa Celimontana Jazz & Image Festival and Alatri Jazz. Mentored by some of the finest Italian jazz musicians such as Furio Di Castri, Pietro Leveratto, Paolino Dalla Porta, Enrico Rava, Fabrizio Sferra and Ettore Fioravanti, Andrea received a scholarship from the prestigious Siena Jazz Foundation in 2006. He graduated with full marks from the Conservatory of Music Licino Refice in Frosinone in 2007, obtaining his Advanced Academic Diploma in Jazz. Additional to his musical skills, Andrea also possesses a Bachelor’s Degree in Sociology from the University La Sapienza in Rome.