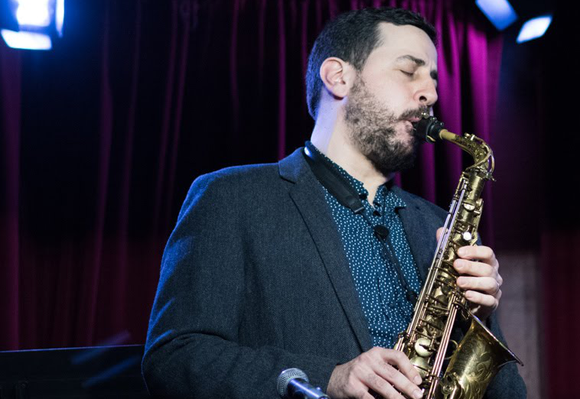 Jon De Lucia is a Brooklyn based saxophonist and composer. Originally from Quincy, MA, Jon has become an integral part of the New York scene. Predominantly a student of jazz, he also has a deep interest in the folkloric music and instruments of Cuba, Japan, Ireland and Italy, having performed on a variety of ethnic flutes, drums and stringed instruments. He has studied saxophone with Lee Konitz, George Garzone, Greg Osby, Bill Pierce and Joe Lovano and flute and clarinet with Tobi-Ann Kocher and Andrew Sterman. Other teachers include Bob Moses, Bill Ochs (irish whistle), and Hitomi Nakamura (japanese hichiriki). Jon has led his groups and played as a sideman in Boston, New York and all over Japan with such musicians as Putter Smith, Michael Kanan, Steve Little, Bill Crow, David Tronzo, Bob Moses, Maeve Gilchrist, John Lockwood and Thomas Morgan among others. He leads the Jon De Lucia Group, who released Face no Face (2006), and As The River Sings (2017); the baroque improvising Luce Trio, Pieces Vol. 1 (2012); and the Jon De Lucia Octet, which recently held a concert featuring the legendary saxophonist Ted Brown, recording to be released in 2018. He is the author of Bach Shapes, a new method book for saxophone focusing on the music of J.S. Bach. He continues to compose, arrange, perform and teach privately and as an Adjunct Lecturer at City College of New York in New York City.