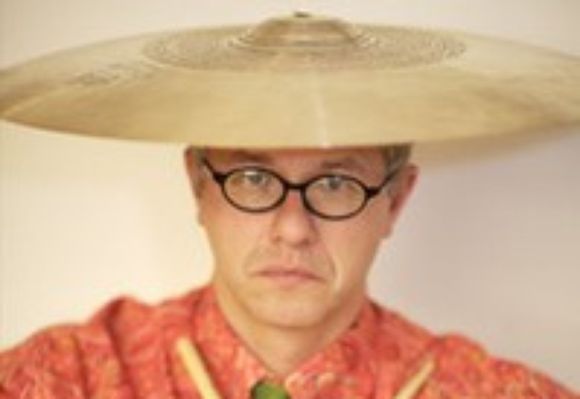 Braden-Teepe-Wilson aka "Trio of Liberty"

My storybecause all of you care to know!

I was born in the prairie town of Knoxville, Illinois September 27th 1964. I was lucky to have cool parents who encouraged me in my creative pursuits where it was music, theater, writing or weird art. I became interested in playing the drums in the third grade after seeing Buddy Rich on the Lucy Show. He was judging a local drum contest featuring Ricky Jr. a fine drummer. Inspired, I pooled together some capital and purchased some Ludwig 9a sticks at the local Byerly Music store. With sticks in hand I began exploring a wide range of suitable cookware and five gallon buckets as sound sources. Soon my parents made in investment in a used of brand snare drum drum and cymbal. My middle brother played the saxophone and we immersed in the local PTA and 4H concert circuit at a very young age. It was quite a duo, Mark with his Beuscher tenor and me with my minimalist set up of orange sparkle snare drum and 10 sheet metal cymbal. We had a book that explored all of the hits of the 60's and 70's. (We were serious Herb Alpert afficiandos). We even had some cool schtick: I guess times have not really changed.

I played in all of the groups in school and finally learned how to read music.I had a cool high school band director who started hiring me to play drums in his weekend dance band. I t was fun and I made some cash which was nice for an eighth grader. Soon I was playing in local groups of all kinds. A big band, very creative rock band called Common Denominator, country bands, Dixieland bands anything I could play. I was also extremely fortunate to study with a great local drummer who taught me music not just how to play fast. He was very inspirational and was very helpful in my pre paring for college.

I went to college at Wichita State University and there was exposed to one of the most influential mentors of my career, Dr. JC Combs. He is not only a fantastic percussionist but he possesses one of the most creatively fertile imaginations on the planet. We played percussion works featuring a wide array of strange components. Pinball machines, cloggers, bowlers and professional wrestlers all were standard fare. He also instilled in me a true entrepreneurial spirit. Combs always knew how to market and get folks to the concerts that were always sold out no matter how bizarre. My colleagues were equally insane and it was a inspirational environment to spend my college years.

Wichita also had a lot of great opportunities to work so I kept quite a busy schedule between working and school. Sleeping in one of the huge lecture classes was common.

I am grateful for all of the experience I gained from years in Wichita.

I am also grateful for Wichita for it is where I met my wife Felicia who was a hot shot violin major from Tulsa, Oklahoma. We met our freshman year in school and married in August of 1987. The fall of 1987 we loaded up the Ryder truck, 1984 Chevy Citation in tow and moved to Boston where she got her masters from New England Conservatory.

Boston was hopping and I took full advantage to see and play with everyone I could. I had the wonderful opportunity to play, tour and record with some great bands and musicians including the Either/Orchestra, Charlie Kohlhase Quintet, Bevan Manson, John Medeski, Dominique Eade and countless others. It was a great place to be and the many of my Boston colleagues have gone on to be some of the most influential musicians of their generation.

Two words began to echo in my brain New York. I knew it was time and with encouragement from folks like Cecil McBee and Andrew Cyrille we decided to head south to the Big Apple. I loved the energy of the scene immediately and began playing with some amazing musicians.