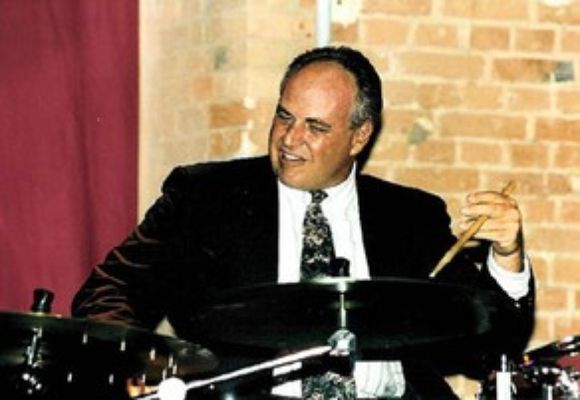 Born in Allentown, PA and raised in Ann Arbor, MI, Ed received his first pair of drumsticks at the tender age of three from the drummer in his Dad''s dixieland band. He played his first professional job when he was twelve years old and hasn''t stopped since. Some of Ed''s private teachers include Butch Miles, J.C. Heard, Dave Samuals, Mousy Alexander, Elliot Zigmund and Horace Arnold. A graduate of the acclaimed Jazz Studies program at William Patterson College, Ed has performed with some of the biggest names in jazz including the Count Basie Orchestra, Chick Corea, Arturo Sandoval, Woody Herman Orchestra, Scott Hamilton, Clark Terry, Dick Hyman, Milt Hinton, Tommy Newsom and Ken Peplowski. Ed has appeared on more than 50 recordings with such artists as Bob Wilber, The Canadian Brass, Kenny Davern, Warren Vaché, Jr., Bucky Pizzarelli, Bob Haggart, Ralph Sutton, Allan Vaché, and Howard Alden. In March 1999 Ed had the opportunity to lead his own group (which included Randy Sandke and Harry Allen) for a CD on the Nagel-Heyer label of Hamburg, Germany. That recording, titled Tough Assignment, is a tribute to the great jazz drummer of the 30s and 40s, Dave Tough. Five other CD''s are scheduled for release in the near future. Another major part of Ed''s career has been his involvement with The Black Dogs. This was a ground-breaking group of musicians who all had their roots in Dixieland jazz. In 1989 the Black Dogs took the jazz festival circuit by storm with thier unique style of music. Although the band broke up in 1997, the original members have combined again for reunion concerts in Victoria, B.C., and Clearwater, FL. Because of the Black Dogs'' popularity, Ed has become the drummer of choice for many jazz artists. This has enabled him to appear at more than 60 jazz festivals around the world, including tours of mainland China, Europe and Canada. A 15-year resident of Orlando FL, Ed recently completed 14 years as a staff musician and clinician at Walt Disney World. Ed is also on the teaching staff at several jazz camps around the country including Sacramento and Mammoth Lakes, CA.