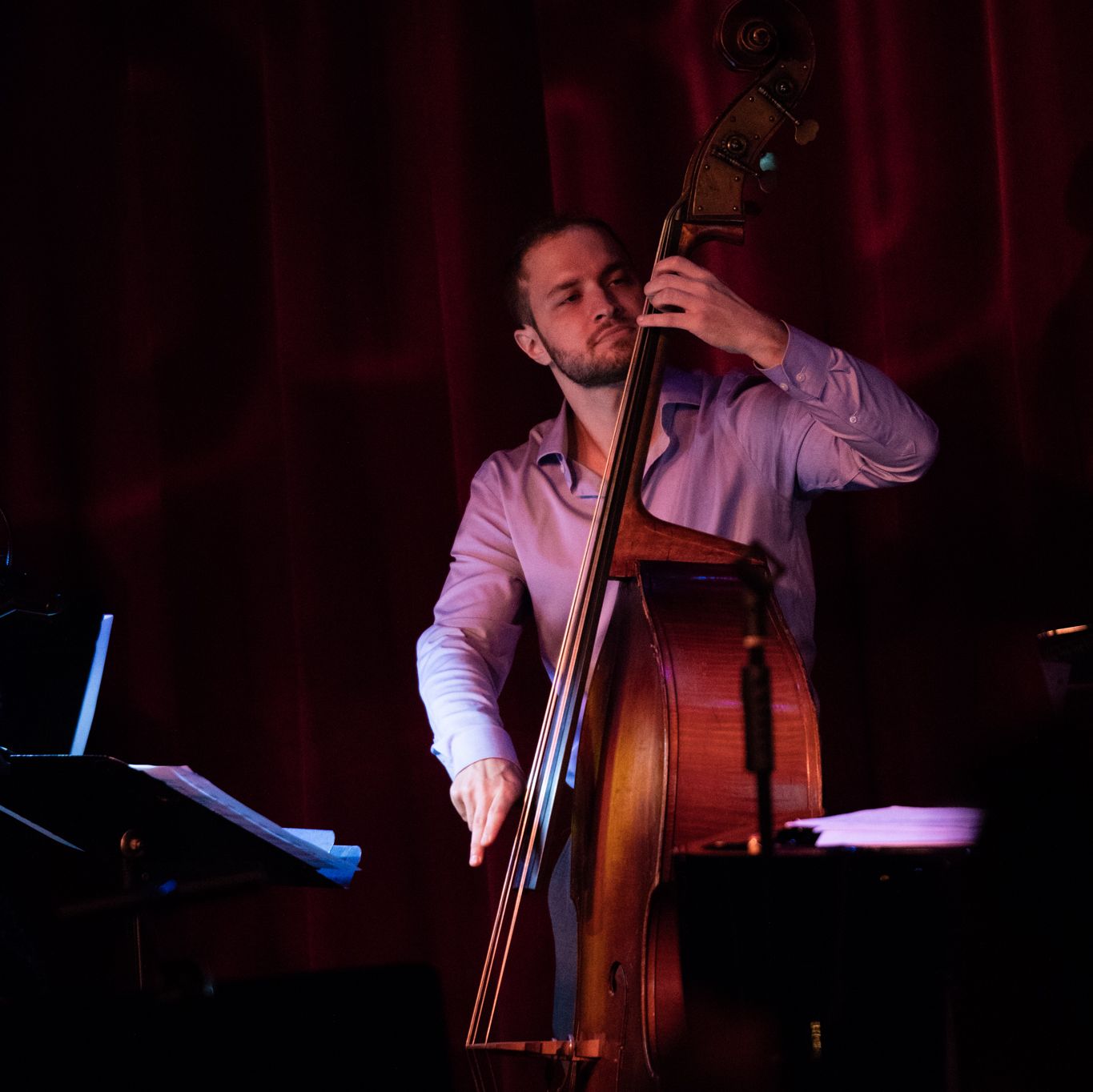 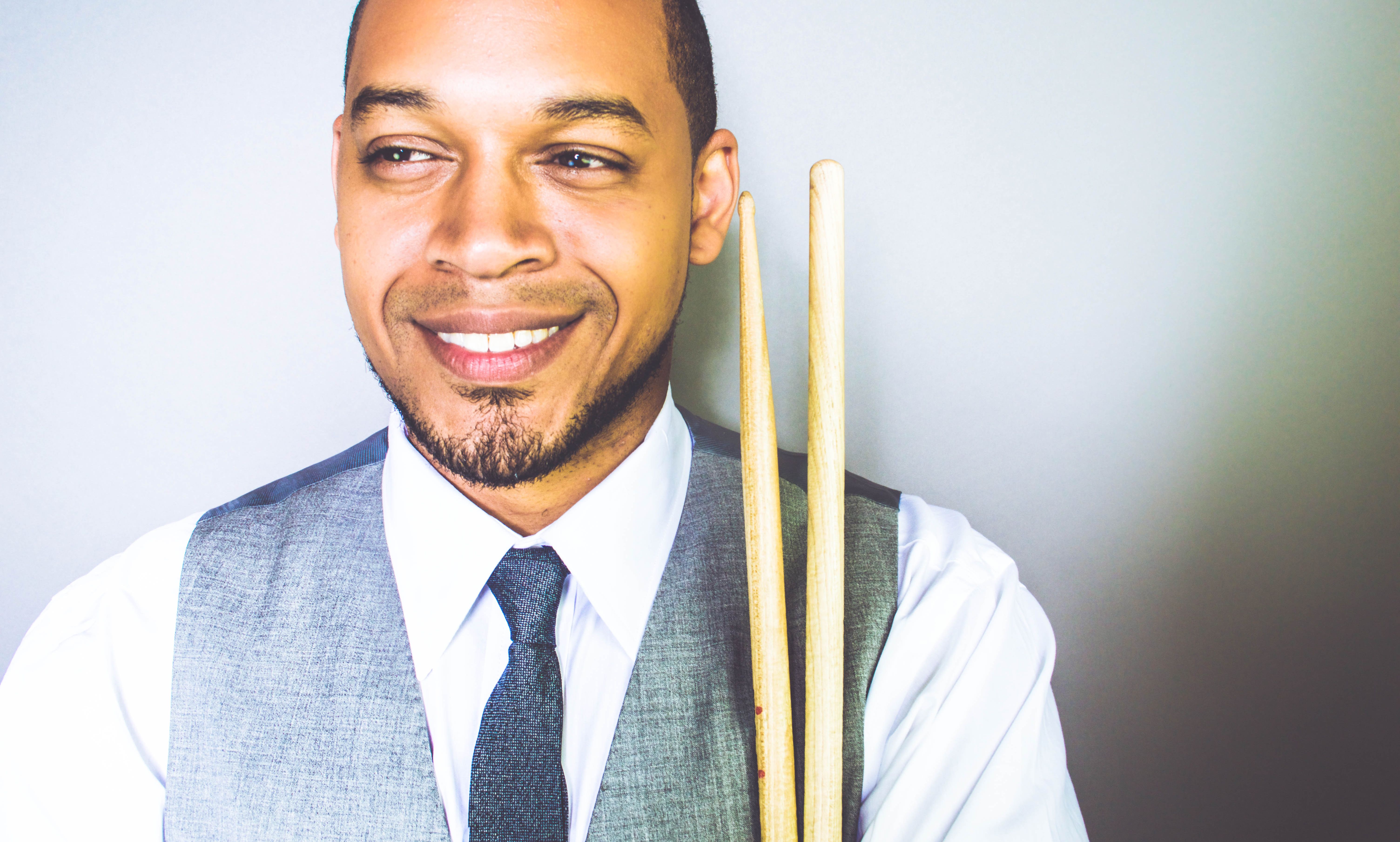 07/31/2019
Smalls
Darrian Douglas Unity Band
Upcoming Shows
Born in Dallas, raised in Phoenix, cultivated in Chicago, and now living in New York, bassist John Sims draws from his diverse musical and personal background to inform his unique approach to the bass. He was first exposed to music through his parents who were both choir teachers, starting first on piano and then moving to bass at 18 a few months before starting at Arizona State University. He began his studies in Jazz with local Arizonan heroes Barb Catlin, Pete Pancrazii, and Dwight Killian before studying with ASU professors Michael Kocour and Catalin Rotaru. While in school, he started his own jazz combo program for local high school students, which lead to him being hired at Scottsdale Community College to teach combos, theory, and improvisation until he graduated from ASU in 2012 with degrees in Jazz Performance and Economics. By the beginning of 2013, he moved to Chicago, Illinois to pursue music and the opportunities available through a larger scene. While in Chicago, John performed with such notable musicians as George Fludas, Geof Bradfield, Ryan Cohan, Dana Hall, Russ Johnson, Ron McCurdy, the Chicago Jazz Orchestra, Bria Skonberg, Ron Perillo, Ben Paterson, Greg Ward, Marquis Hill, Makaya McCraven, John Wojciechowski, Eric Rasmussen, Richard Johnson, Scott Burns, Joe Magnarelli, Sharel Cassity, and Victor Goines among many other players in Chicago’s thriving scene. John also opened the legendary Chicago Jazz Festival in 2017 with pianist Dan Trudell, and drummer Matt Wilson. He could be seen frequently performing in Chicago’s most notable jazz clubs such as Andy’s, the Green Mill, the Jazz Showcase, Constellation, and Winter’s. As an educator during his tenure residing in Chicago through 2018, John worked with the Chicago Jazz Philharmonic’s “Jazz Alive” program as well as with the Chicago Academy for the Arts as their resident classical and jazz upright bass teacher. He was a featured adjudicator at the 2017 Indiana High School Jazz Festival, a finalist in the 2014 and 2017 International Society of Bassists Jazz competition, spent a week performing at NYC’s legendary club Dizzy’s with the Victor Goines Quartet, and was featured on 4 albums during the 5 and a half years he lived in Chicago. Since late 2018, John has lived in New York City already making a name for himself as a talented and reliable bassist having shared the stage with such notable musicians as Steve Cardenas, Wilerm Delisfort, Joe Strasser, Michael Kanan, Joel Frahm, Darrian Douglas, Ingrid Jensen, Henry Conerway III, Marianne Solivan, and many others. He will be featured on two of his colleagues’ upcoming albums that he has recorded in the 18 months he has been in New York. And, currently works with Jazz at Lincoln Centers, “Jazz for Young People’ program which holds frequent seminars at NYC’s local schools to introduce students to the rich heritage of Jazz in America. John lives in Brooklyn, NYC with his wife Lizzie and wouldn’t have it any other way.