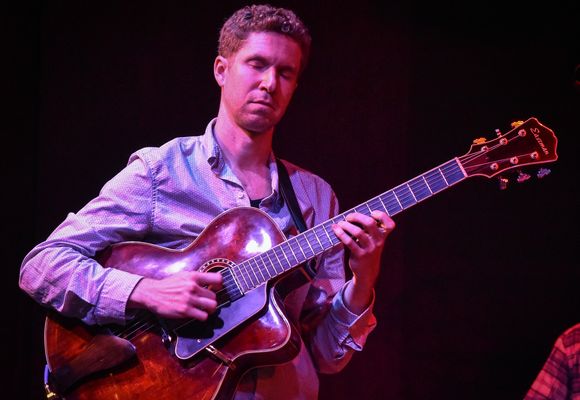 New York City based guitarist and composer Andrew Hartman is developing a recognizable voice in jazz. As Chris Spector writes, Hartman is “blazing his own trail without debt to the masters of the past rearing it’s head.” (Midwest Record)

Hartman has released two albums of his original music, Andrew Hartman and Still Motion, and his most recent album, Compass, which features saxophonist Chris Cheek, bassist Ike Sturm, and drummer Zach Harmon. The album is receiving critical praise, including from All About Jazz writer Edwin Blanco’s who says: “Kudos to guitarist Andrew Hartman for crafting such an engaging and exceptional work of art.”