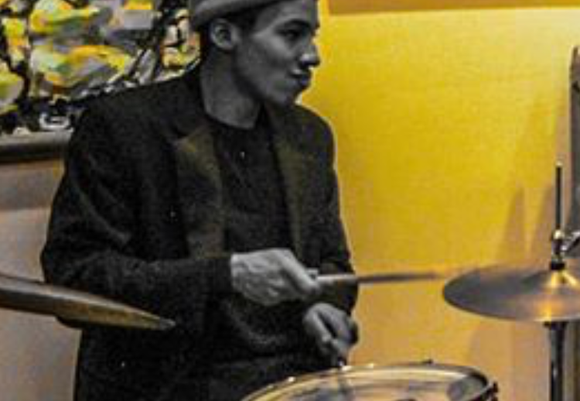 Allen Jones was born into a musical family and started playing drums at the age of 2. It started at his fathers recording studio and music school where he was exposed to musicians of all experiences and backgrounds. His father, a pianist himself, was Allen’s first band mate. He even received the opportunity to perform with and hear Nat Adderly, Keter Betts, Geri Allen, and Jimmy Cobb at his father's school. His first performance on a jazz stage was sitting in with Wallace Roney’s quintet while studying at their kindred alma mater Duke Ellington Performing High School of the Arts under Davey Yarborough.

Allen is deeply committed to the spreading of the jazz arts in America and the World and the deep roots of tradition and culture that jazz has spread around the world. He has worked with Capitol Bop as a columnist under former director Giovanni Russonello now at the New York Times and co director Luke Stewart of James Brandon Lewis Quintet. With them he has produced shows for international renowned artists as well as provide media for arts consumers to get in touch with the more underground and independent jazz industry.

Allen plays professionally in DC with Tarus Mateen’s Quintet, the Brian Settles Quartet and the Thad Wilson Jazz Orchestra. He also co-directs the music school of his youthful rearing with his father in the Brightwood Park neighborhood of Washington, DC. His study of focus is in all facets of percussion performance including African traditional percussion, Afro Carribean, and also jazz composition. His core instructors include Nasar Abadey of Peabody Conservatory, his son Kush Abadey who currently plays with Gilad Hekselmann, and also Eric Allen of Wallace Roney’s Quintet.