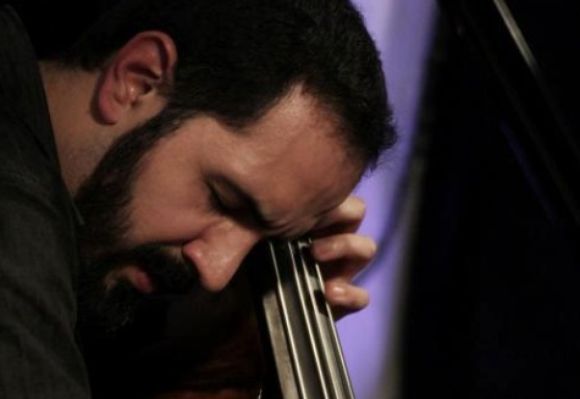 Originally from Lima, Peru, Jorge Roeder is one of the most versatile bass players of the New York Jazz scene. He was awarded 1st price at the 2007 International Society Of Bassists Jazz Competition, and he was a semi-finalist at the 2009 Thelonious Monk Jazz Bass Competition. At the age of 14, he began to study the cello and two years later was invited to pursue his classical studies at the Rimsky Korsakov Conservatory in St. Petersburg, Russia. After taking up the double bass at age 18, Jorge was appointed assistant principal bassist of the Lima Philharmonic and Opera orchestras for the 2001 and 2002 seasons.

Upon moving to Boston in 2002, Jorge received a scholarship from the New England Conservatory of Music, where he studied jazz performance with Danilo Perez, Charlie Banacos and John Lockwood among others.

Touring, recording, and performing actively in New York City and abroad, Jorge is currently part of several projects, including The Julian Lage Group, whose debut album got nominated for a Grammy for the “Best Contemporary Jazz Album” category in 2009; Shai Maestro Trio, Ryan Keberle’s Catharsis, as well as numerous others. He is a founding member and artistic director of the Sofia Rei Group, which performs traditional South American music as well as original jazz-influenced compositions. A musician with diverse interests and a wide range of abilities, Jorge has performed with such jazz greats as Gary Burton, Alex Acuna, Geoffrey Keezer, Steve Lacy, Antonio Sanchez, Kenny Werner and Matt Wilson.Weblinks: