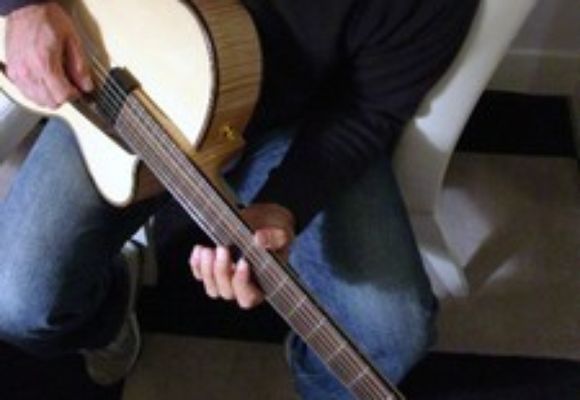 Grammy-nominated guitarist/composer/arranger Anthony Wilson is one of the leading jazz musicians of his generation. He has recorded six solo albums since 1997, the most recent of which, Power of Nine (2006, Groove Note) was included in The New Yorker's roundup of the top ten jazz recordings of the year.

A sensitive and gifted accompanist as well as a formidable soloist, Anthony Wilson has been an indispensable member of Diana Krall's band since he joined her in 2001 for a series of performances at Paris' Olympia Theater that were collected on the Grammy-winning CD/DVD Live In Paris (Verve), already widely considered a classic. Recent recordings and live appearances with Madeleine Peyroux, Al Jarreau, and Aaron Neville have served to spotlight Wilson 's growing artistry, musical flexibility, and improvisational authority. Bennie Wallace, Larry Goldings, Joe Henry, Harold Land, Chris Botti, the Clayton-Hamilton Jazz Orchestra, and his father, legendary composer/ arranger/ bandleader Gerald Wilson, are just a few of the well-respected musicians with whom Anthony Wilson has forged fruitful, lasting partnerships.

A skilled, inspired composer and arranger with a deep understanding of tradition and an equal willingness to take risks, Wilson won the Thelonious Monk Institute International Composers' Competition in 1995, and has received numerous commissions for small- and large-scale original works. Every year since 2000, Anthony Wilson's considerable talents as a triple-threat guitarist/composer/arranger have landed him at the top levels of all three of those categories in Downbeat Magazine's International Critics' poll.