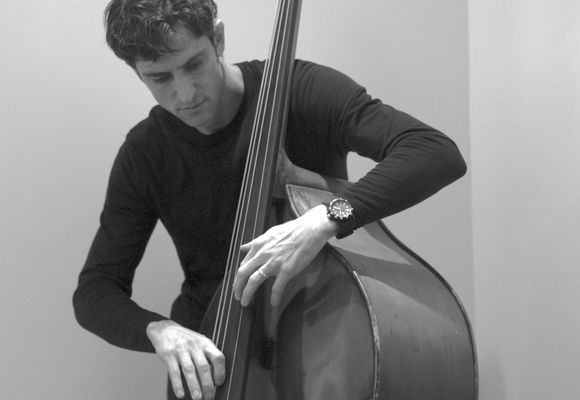 Bassist Danton Boller quickly became a sought after musician on the New York music scene after his arrival in 1997. Mentored by legendary bassist “Senator” Eugene J. Wright of the famed Dave Brubeck Quartet, he brings musical depth with historical reference,  as well as a modern sensibility to every performance. He has toured internationally and recorded with top artists of his generation as a member of the Seamus Blake Quartet, Ari Hoenig’s Punk Bop, Anthony Wilson’s Nonet, Bridget Everett’s Tender Moments, and the Roy Hargrove Quintet, to name a few. Danton also appears in the recent Melissa McCarthy movie “Can You Ever Forgive Me?” playing alongside performer Justin Vivian Bond.

As a leader Danton actively performs his original compositions with his acoustic trio and quintet around NYC. He also leads an electronic music band, The Sides – an instrumental cinematic soundscape that illuminates electro, avant-jazz, dub, afrobeat, and rock.

When not performing Danton records and produces music in his NYC studio. He recently recorded the upright bass tracks for the 2018 Keller Williams acoustic dance music release Sans. In 2017 he produced the “FELA aKUsTIc” debut release on the OKAY Africa label that features the star of Fela! on Broadway, Sahr Ngaujah. He co-produced, along with Al Schmidt and Kat Edmonson, Edmonson’s highly lauded release on Sony records, Way Down Low.